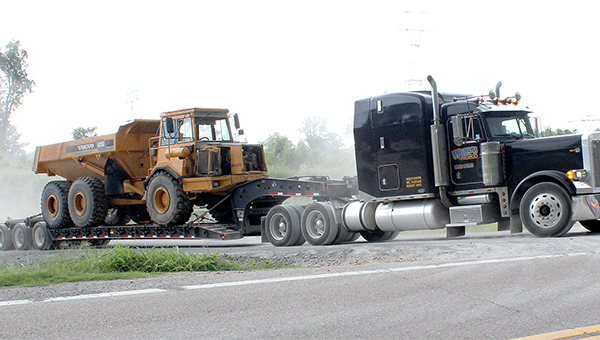 Negligence on the part of Riverside Construction Co. was the cause Michael Collins’ death, according to a lawsuit filed by his father, Stan Collins.

The suit was filed in U.S. District Court April 6 in Monroe, La., seeks unspecified damages in Michael Collins’ death. A bench trial, where the judge alone hears the case, is requested.

No trial date has been set, and attorneys for Riverside have filed a motion to move the case to U.S. District Court in Jackson.

Joseph Gaar, Stan Collins’ attorney, said the decision to file the suit in Louisiana was for procedural reasons.

“The judge in Monroe is very well-versed in the admiralty law,” he said.

He said the reason he requested a bench trial is because maritime law is very complicated and sometimes can be difficult for a jury to understand.

“It was a pretty tragic event involving this young man,” Gaar said.

Collins, 22, a driver for Riverside Construction Co., died Aug. 23, when the dump truck he was driving went into the Mississippi River.

According to witnesses, Collins was backing up to barges moored on the river at the Florida Marine property to get more limestone when the truck began moving back and went into the river.

The truck stopped about 45 to 50 feet under the barges in about 45 feet of water.

Although witnesses said he was in the truck as it entered the water, commercial divers diving on the truck did not find him in the truck and a search under the barges was unsuccessful. His body was recovered Sept. 1 in river drift debris near the Baxter Wilson power plant.

The Occupational Safety and Health Administration later cited Riverside Construction Co. for two violations that contributed to the accident resulting in his death.

According to the OSHA report, the truck’s braking system or other mechanisms used for breaking were not operable or in a safe condition.

The report also said the portable ramps used afloat were not well maintained and designed, constructed or maintained to prevent vehicles from going off the edge.