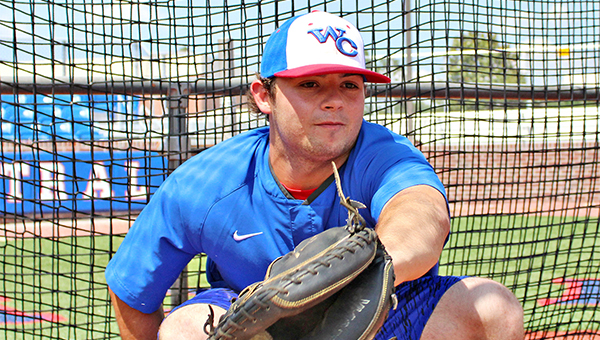 Tyler McRight had originally planned to spend this week sailing around the Caribbean on a cruise ship. Then he got a better offer.

Instead of enjoying sun and fun in Cozumel and Jamaica, McRight will strap on some heavy catcher’s gear and spend the week sweating in 90-degree heat in Mississippi.

The Warren Central senior will play in the Crossroads Diamond Club D.M. Howie All-Star Game June 3 at Trustmark Park. For the baseball diehard, the chance to play perhaps his last competitive game was more attractive than the cruise.

“I never would’ve dreamed in a million years I’d be on that team. I had my senior trip planned and I’m not going,” McRight said. “I can go on a cruise the rest of my life, and I only get one chance to play in that game. So why not play in it?”

McRight will play in the Class 5A-6A All-Star game at 5 p.m. on June 3. It will be preceded by the Class 1A-2A game at 11 a.m. and the 3A-4A game at 2 p.m. McRight will be joined on the North squad by his coach, Conner Douglas. McRight admitted that the chance to play for Douglas one last time was a driving factor in his decision to suit up instead of party down.

“If Coach Douglas wouldn’t have been the coach it would be different. He’s been my coach for five years, and who wouldn’t want to play for him again?” McRight said.

It’s clear the Vikings wish McRight could stick around a while longer. He’s been behind the plate for them for so long it’s hard to envision anyone else doing it.

McRight became the starting catcher as a sophomore and played in 79 of 92 games over the next three seasons. He’s a career .317 hitter and batted .318 with 16 RBIs this season. His real value, however, shined through when he didn’t have a bat in his hands. As a defensive catcher and vocal team leader, teammate Christian Oakes said McRight had no peers.

“In a big situation, that was the guy you wanted out there,” said Oakes, a junior pitcher. “If there was a runner on third and they called a breaking ball in the dirt, I knew he was going to block it up. He called pitches all the time for me, and not one time did I not trust him.”

Douglas did, too. McRight took over most of the pitch-calling duties by the end of this season, and the coach praised his work ethic and attitude.

“He’s been the kind of guy we teach our guys to be — just a blue-collar dirtbag,” Douglas said, using a term of affection for a gritty baseball player. “I think he’d rather you throw a ball in the dirt than throw you a strike so he can block it up.”

It’s uncertain whether the all-star game will be the last of McRight’s career. He has a couple of junior college visits scheduled but has yet to sign or accept a walk-on offer from any schools. That last chance to play drew him back to baseball. So did a promise from his mother to take another vacation after the all-star game.

“My mom said if I wanted to play, she’d take me on a beach trip with my friends,” McRight said, adding with a smile, “and I’m going to hold her to her word.”

Voting is true sign of caring about Vicksburg’s future