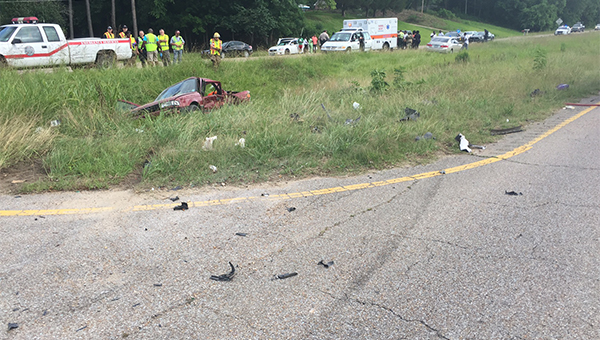 A Vicksburg man was killed when the Nissan Sentra he was driving collided with a Honda Accord at the intersection of Glass Road and U.S. 61 South Wednesday, Mississippi Highway Patrol spokesman Cpl. Eric Henry said.

Clyde Stinson, 65, was killed in the wreck, which occurred about 4:11 p.m. Warren County Coroner Doug Huskey said Stinson was pronounced dead at the scene from severe blunt force trauma. The driver of the Honda, who was not identified, was taken to Merit Health River Region.

According to Highway Patrol reports, a preliminary investigation of the wreck indicated the Honda was southbound on U.S. 61 and the Nissan driven by Stinson was crossing over the southbound lanes of highway from Glass Rd when the vehicles collided.

The Nissan Sentra failed to yield the right of way for the southbound Honda, according to the report.