With alderman position in hand, Monsour will now bid farewell to Mississippi House of Representatives 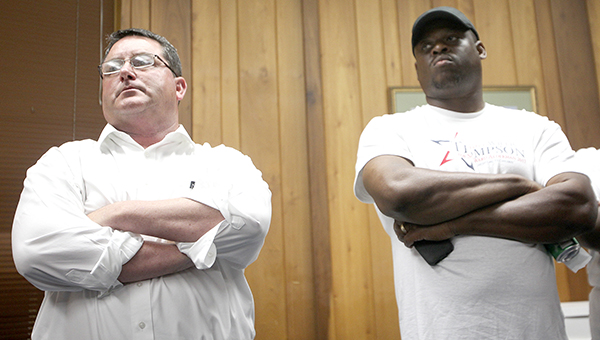 The election of Alex Monsour as South Ward alderman will leave the city and Warren County one legislator short in the Mississippi House.

Monsour defeated incumbent South Ward Alderman Willis Thompson by eight votes, 942 votes to 934 votes for Thompson in a race that was not decided until Wednesday morning, when affidavit ballots submitted at the South Ward precincts were counted. Thompson said he would not contest the tally.

The election returns were certified by the Vicksburg Municipal Election Commission Wednesday.

Monsour represents District 54 in the Legislature; a district that includes portions of Warren County, including part of Vicksburg, Yazoo and Issaquena counties.

And although a Mississippi Attorney General’s opinion indicates he can continue to serve in the Legislature, Monsour said he plans to resign his seat before the new administration is sworn in July 2. The new Board of Mayor and Aldermen holds its first meeting July 5.

“I haven’t even checked into the process of that to see what we do,” he said, adding he has spent the last 36 hours recovering from the election and collecting his campaign signs. He said he planned to go to Jackson either Friday or Monday to talk with House Clerk Andrew Ketchings and Speaker of the House Philip Gunn (R-Jackson) about submitting his resignation.

To resign from a seat, Ketchings said, a legislator sends a letter of resignation giving up the seat and the effective date of the resignation to the governor, the speaker and the clerk.

“They usually end up sending it to one of those places,” he said. “It is a very simple process, and that starts the clock burning as to when the governor would set a special election.”

The governor, Ketchings said, does not appoint someone to fill the seat. “He calls for a special election and it is an open election, with no political parties.”