Whispering Woods apparently on the market while authorities investigate fires 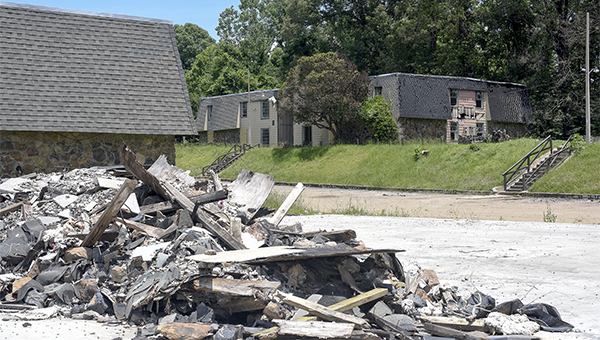 The Whispering Woods Apartments are up for sale, according to a listing on a real estate website.

According to the commercial real estate website LoopNet.com, the property’s price is $1.2 million, and described as a “35-acre majestic property in an excellent location off of Highway 61 North and (in the) best part of town, close to the new hospital and newer construction.”

The ad goes on to say the property has “loads of potential but in need of rehab,” with one, two and three bedroom apartments, two pools, tennis courts, fitness room and clubhouses.

“Offers being accepted within reason, owner finance and or limited partnership or creative participation to qualified and experienced rehabbers are both possible; will listen to all options.”

The photo accompanying the ad shows a relatively new-looking building. It does not indicate several of the buildings have been either damaged or destroyed by fire.

Vicksburg authorities are continuing their investigation into the four fires, which have occurred since Feb. 2016. Fire Chief Charles Atkins said all are believed to be of a suspicious nature.

“I have spoken with several investors (who saw the ad) who are interested in the property,” city community development director Victor Grey-Lewis said. But the investors, he said, have not been able to talk to Eddie Grosse, owner of Whispering Woods LLC, the Delaware-based company with offices in Florida, that owns the apartments.

“And that’s the beginning and ending of our conversation,” he said. “I can’t help them (investors). I would give them an update of where we stand as far as the property maintenance code and the condemnation. I wish I could tell you it was sold.”

City officials in early 2016 condemned the apartment complex after the apartment owners failed to pay its water bill. The complex has no water or electric service.

In December, the property was put under the city’s slum clearance ordinance, and the owners had to prepare a plan to either demolish or rehabilitate the apartment complex.

The February 2016 fire destroyed a building, as did subsequent fires in March and May. A fire in November heavily damaged a building.

When city and county firefighters arrived at the May 4 blaze, they found it fully involved and used what water they had to save two adjoining buildings.

Grey-Lewis said he does not know if the Board of Mayor and Aldermen will take further action on the property.

“We’ll have to wait until July (when the new board takes office),” he said. “The only route I can see is if they acquire it like Kuhn (hospital) and acquire it by urban renewal.”