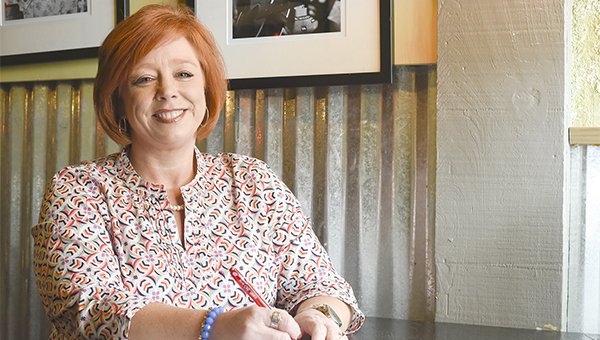 As the music teacher and choral director at Porter’s Chapel Academy and artistic director of The Mississippi Girlchoir, Kristy Brumfield is no stranger to the apprehension that can come from performing.

However, as a mother, the music educator said when her children are on stage, her anxiety level can jump up a notch or two.

“I am definitely the most nervous when my children are performing.  I’m usually on the edge of my seat, praying them through,” she said.

Brumfield’s nerves will certainly get a work out next week as her oldest daughter competes in the 2017 Miss Mississippi Pageant, and to give Vicksburg Post readers a behind the scene’s view into what it is like to be the mother of a contestant, she will be submitting a story each day beginning June 21 and will continue through Monday, June 26.

Brumfield and her husband, Keith, have three children: Colby, who will be competing in the pageant, Collin and Ashton. All attend Mississippi College.

Brumfield said she has never competed in a pageant herself, but has always loved pageantry and show business, and because of her passion, became a member of the Mississippi Association of Pageant Judges.

“Before Colby began competing, I judged Miss Mississippi preliminaries. My background performing in show choirs and musicals prepared me for judging talent and solo competitions early in my career, and I began to judge pageants as an outgrowth of those experiences,” she said.

Brumfield said she has also coached pageant contestants in talent and interview.

“But not my own daughter! I don’t have the same patience or objectivity,” she said.

Brumfield said she does not have any preconceived notions of how her week will play out. However, she is well acquainted with the day-to-day schedule, and the general workings of the pageant.

For several years, she has served as a Miss Mississippi Pageant hostess, but this year will be fulfilling the role of “just” mom.

“I’m not quite sure how to behave as just a pageant mom this year,” she said, but added that the easiest part of her weeklong journey will be knowing how well taken care of her daughter will be.

“I know that I don’t have to worry. The Miss Mississippi hostesses are like an army of caring mothers. We take our responsibility to the girls and their families very seriously.  I still say “we” because once my daughter stops competing, I look forward to hosting again. All of Miss Mississippi is like a family, and the hostesses are no exception. We act as a second mother to ‘our girls.’”

Miss Mississippi contestants have very little contact with their mothers during pageant week, Brumfield said, so the hostesses are their confidants, chauffeurs, and first line of support for whatever need arises.

“We are on duty from Sunday morning at contestant check-in until Saturday night at the awards celebration after the final show. We are in contact with the girls’ directors as well as their parents when needed,” Brumfield said.

“I wish that all of the parents, especially those of first-time contestants, could have the peace of mind that comes with knowing just how wonderful the hostesses are,” she said.

Hostesses and their contestants form a special bond during pageant week, with some keeping in touch even after the competition.

“We usually stay in touch with our girls through social media long after the pageant is over,” Brumfield said.

“I was actually hostess to a girl I had taught many years ago, and was recently asked to sing in her wedding. It’s a special bond.”

Brumfield said she feels that pageants help young women build confidence and self-esteem and because of the work they do through their platforms, they are also able to have a positive influence in their communities.

“I guess I’m a pretty big fan of the Miss America organization, and I’m happy to step back for a few years and watch my daughter experience it.”