Contestants ready for start of preliminaries on Wednesday 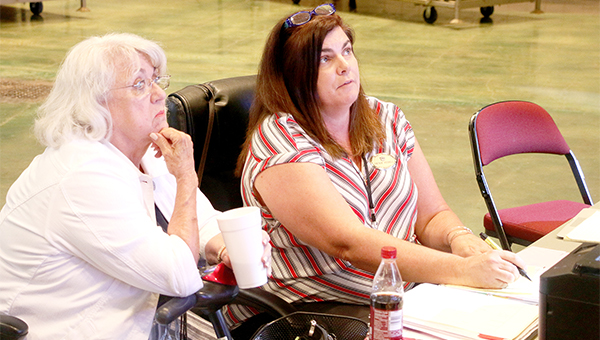 Preliminary competitions for the Miss Mississippi Pageant will get underway Wednesday evening. Forty-four contestants will be vying for the crown, and on Saturday, one will be named the new Miss Mississippi.

The theme of this year’s show is “Unforgettable: Empowering Women,” Miss Mississippi Pageant producer Jaynie Fedell said, and added the production is geared around the 60th anniversary of the crowning in Vicksburg.

This is Fedell’s second year to serve as the producer of the Miss Mississippi Pageant production, and she said the audience should look forward to an exciting show.

The show is going to be colorful, and the music covers several genres and decades, she said.

“The production will also have some new modern twists and changes to it,” Fedell said, explaining that the princes and princesses will be doing a choir production number with Miss Mississippi Laura Lee Lewis.

Another change, Fedell said, is the order of the production.

“We thought it would be more interesting to change things up a little bit this year.”

Fedell said, in addition to the changes the audience will view, there are also several in house changes that will occur, making for a “more professional” production, she said, siting the script and technical advances.

As a producer, Fedell said these changes have made her job more interesting.

“When you are an artist or creative person, you always want that opportunity to see something new and that is how I see this,” she said.

All tickets are sold out for the competition, but Saturday night’s final competition and crowing will be televised on WLBT, and it will be live streamed on the Miss Mississippi website.