VSA hits the road for meet in Pensacola 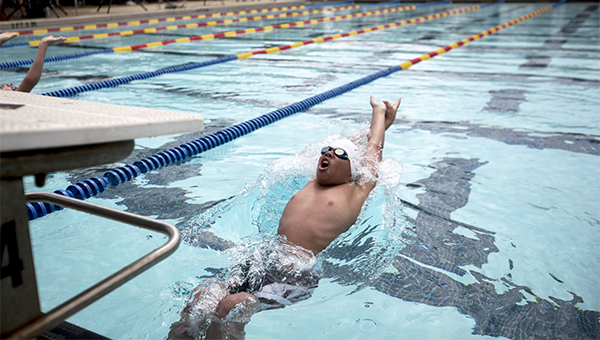 Swimmers with the Vicksburg Swim Association are heading to Pensacola, Fla., this weekend for one of their final chances to qualify for the long course state meet in Tupelo in July.

“We are kind of at the peak point of training between Stamm and now,” coach Mathew Mixon said. “We put in our most yardage, training has been pretty intense. We are coming into the point of training where you need to get in some racing before state meet.

“It looks like a very competitive meet, even though it’s considered a last chance or final meet of the season.”

There are 15 teams expected at the meet, which will take place Saturday and Sunday, with teams from Florida, Alabama and Tennessee competing alongside VSA.

“It is a little bit of a break from the norm,” Mixon said of heading to Florida for the meet. “In the swimming world, it is a very monotonous sport. You do over, and over again laps and you go to the same pools and the same meets.

“Usually a little catalyst of a different pool or a different team, just a little spark like that will tend to ignite just a little more excitement. That is what is what’s good about going to Pensacola beside the fact that it’s fun and the kids need that every once in a while.”

Swimmers will face a tough challenge during the meet because it is only divided in 12-under and 13-over age group, meaning some of the younger VSA swimmers will have to compete against older competition for the first time.

“I love when they get to swim with the older swimmers and I even like when they do mixed and girls and guys get to swim against each other,” Mixon said. “It is all seeded based on their fastest ever time. It puts them next to someone a little bit faster that may be older and they have that drive to let’s beat that older guy. The older guys are like, ‘let’s not let this younger guy beat us.’”

Mixon said about 20 VSA swimmers have already qualified for the state meet in Tupelo, and he is hoping to add to that total this weekend as the swimmers come into the meet in peak form.