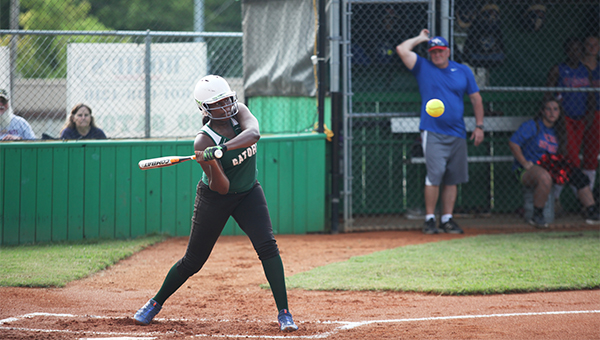 The season won’t officially start until February, but the Vicksburg and Warren Central High School fastpitch softball teams were on the field Thursday for their final scrimmage of the summer.

The teams have had to battle through a rainy June, which caused many of their games to be cancelled. Thursday was the fourth game of the summer for Warren Central after four rainouts cut the summer season in half.

“[Playing in the summer] definitely has helped us improve over the years since we’ve been doing this,” Warren Central head coach Dana McGiveney said. “This summer unfortunately, we’ve been rained out more then we’ve gotten to play, but it does help. It helps with their confidence. The fact that the more you see, the more you play, the more comfortable you become with every day play.”

The summer offers young players the opportunity to get reps on the field before the season officially gets started as new players fill holes left behind by seniors on last year’s team.

The schools’ JV teams played in the first game Thursday before the varsity squads faced off.

The Missy Gators return an experienced team on varsity, but their JV team includes a number of  players who are playing softball for the first time.

The summer schedule pays dividends not just in giving players reps on the field to hone their skills, but also offers them the chance to experience the atmosphere of a game day.

“It gives you game situation,” Ellis said. “Even though you can practice situations, it is not the same as thing as having a whole crowd hollering and everything else. That is one thing with being really young as we are with JV. They’ve got to understand that everything has to stay inside the fence, inside the field and not pay attention to what’s going on outside.”

The summer season is only the beginning though, and both coaches said their teams have more growing to do before the season gets underway in February.

“We have a lot of new young kids, and we’re just really trying to work on fundamentals and the basics of the game and knowing what we’re supposed to do in every situation,” McGiveney said.

“We’ve got a lot of room for improvement,” Ellis said. “Our JV team, pretty much the majority of them this is their first year ever playing.

“We’re just trying to teach them the game and go from there.” 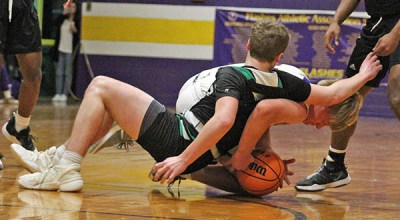