ParkView up for sale, with a $2.1M asking price 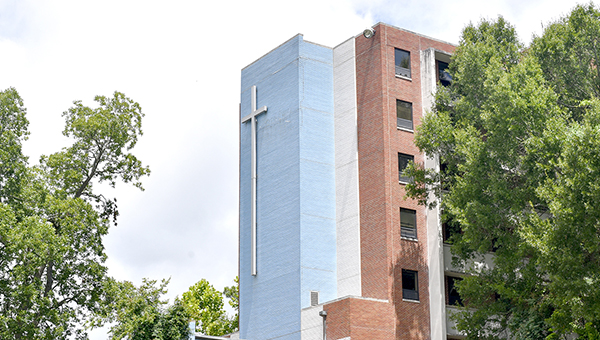 The former ParkView Regional Medical Center, which has been shuttered since February 2002, was built in 1957 as Mercy Hospital. (Courtland Wells | The Vicksburg Post)

The ParkView Regional Medical Center building, which has been vacant since February 2002, is now listed for sale on the same website as the Whispering Woods apartment complex.

According to the listing on the real estate website LoopNet.com, the asking price is $2.1 million for the seven-story, 330,000-square-foot building located on 16.27 acres off McAuley Drive.

Kenneth Carriero, the listing broker for the property, said LoopNet has had the property on the market for more than a year, and it is being marketed in several different ways.

“One of the things that we deal a lot with is skilled nursing and assisted living facilities, and we want to see if somebody wants to do it,” he said. “We’ve talked to people who are talking about making it into a medical-type college. We’ve talked to others who are looking at apartment buildings. So what the zoning will allow, we’ll try to go to that way.”

He would not release the names of the potential buyers.

“I’m hoping it does sell,” community development director Victor Grey-Lewis said. “I’d like to see somebody make an offer; I’d like to see it developed into something.”

Built as Mercy Hospital in 1957, the hospital at the corner of McAuley Drive and Grove Street, the hospital was renamed ParkView after it was bought in the 1990s by Quorum Inc., a Nashville, Tenn.-based hospital management company, which was later acquired by Triad Hospitals Inc. of Dallas.

The hospital served most of Vicksburg and the surrounding communities until February 2002, when the new River Region Medical Center opened on U.S. 61 North.

In August 2001, hospital officials said they were seeking a buyer for the hospital and were also discussing its possible donation to Alcorn State University, but talks with Alcorn failed.

In 2011, Mountain of Faith Ministries promoted a plan to convert the nun’s convent on the property into a homeless shelter, but the plan was later dropped after serious opposition by residents in neighboring Wildwood Subdivision.