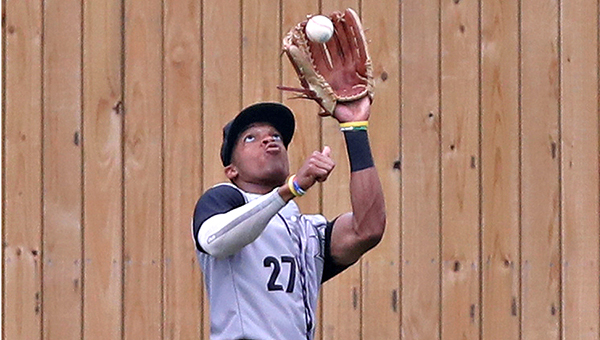 Marcus Ragan will wait a little while to begin his professional baseball career.

The former Warren Central and East Mississippi Community College star, who was selected by the Boston Red Sox in last month’s Major League Baseball draft, has decided to pass on a contract offer from the pro team and play college baseball at Arkansas-Little Rock next season.

“It was a difficult decision, but deep down I knew it was the right one,” Ragan said. “Getting another year of school under my belt and also getting a chance to continue to get better on the field is what’s best right now.”

Ragan will have two years of eligibility left at Little Rock and could be selected again in the 2018 MLB draft. The center fielder was picked by the Red Sox in the 15th round this year.

Ragan declined to say how much the Red Sox offered him as a signing bonus, but players in his draft position typically sign for between $50,000 and $75,000. Ragan, however, said the desire to improve his game and the situation in the Red Sox’s minor league system influenced his decision.

“Money wasn’t the issue,” he said. “It came down to them wanting me to be in the lineup every day, but they had too many outfielders in the Gulf Coast League already and I wouldn’t get the playing time and experience I need.”

So, instead, Ragan will go back to college with an eye on next year’s draft. He was the 2015 Vicksburg Post Player of the Year as a senior at Warren Central, and made a major leap to superstar status in his sophomore season at East Mississippi.

Ragan was a first-team All-MACJC selection this spring after leading the team with a .395 batting average. He had 27 extra base hits — 13 doubles, six home runs and eight triples, the latter of which led the MACJC — and also stole 25 bases.

Even with those stats on his resumé, Ragan said he felt there was plenty of room to improve.

“One thing I’ve known I had to work on is my arm strength. There’s always room for improvement on hitting, defense and baserunning as well,” Ragan said. “I feel like I can go in a higher round next year, but it’s going to take a lot of hard work to get there.”