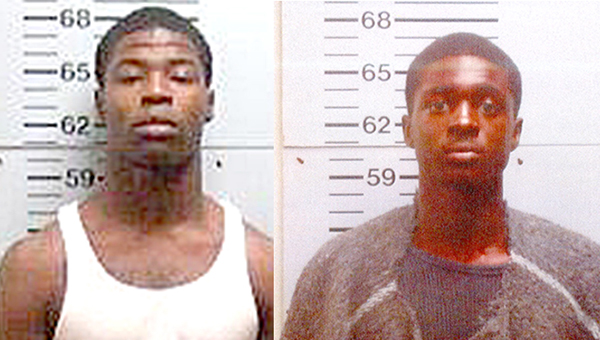 Bond has been set at $3 million each for two Vicksburg men accused in the shooting death of another man whose body was found in a wooded area off Military Avenue, Vicksburg police Capt. Sandra Williams said.

Robert Harris, 17, and Xavier Clark, age not given, are each charged with capital murder and armed robbery in the death of Anderson White III, 22. Municipal Judge Toni Terrett set their bonds at an initial appearance Thursday in Municipal Court.

Harris, Williams said, has been identified as the shooter in the case.

White was shot during a robbery the night of June 29. However, police responding later in the evening to a call of shots fired in the area of Military and Roosevelt Avenue but found no activity.

About 12:45 p.m. the same day, relatives and friends called E911 when they located White’s body in a wooded area in the 2000 block of Military Avenue.

Harris turned himself in at the Vicksburg Police Department about 3 p.m. June 30, and Clark was arrested later.

White’s death is the third homicide in the city this year.

Quintessa Shelton, 19, was charged with murder in the May 27 shooting of Benjamin Brooks Jr., 19, at 200 Starlight Drive.  Reginald Gaines, 30, died March 8 from a gunshot wound to the head when someone shot into a southbound car on U.S. 61 South in which he was a passenger. Byron Martez Reynolds, 31, and Christopher Brown, 24, were each charged with second-degree murder and shooting into an occupied vehicle in connection with the death.