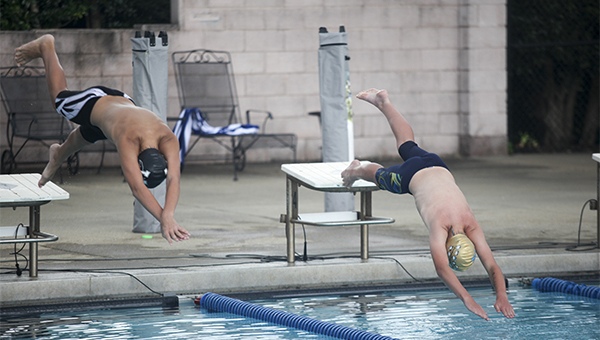 The rainstorm that had threatened on the horizon all morning held out just long enough Saturday for the Vicksburg Swim Association to complete its Last Chance meet at City Pool.

Saturday’s meet was the last opportunity for VSA swimmers to punch their tickets to the state long course meet in Tupelo.

Through 16 events, no new swimmers were able to earn a spot at the state meet, but some of the swimmers who had already qualified, made the cut in additional events.

“Three kids were all within half a second or so of a cut,” VSA coach Mathew Mixon said. “Really close on their part. Unfortunately, we weren’t able to add them today. A lot of them improved and had best times. That is why we set those goals. A lot of the kids started the season with way slower times than what they went today. To see them work towards a goal, you see progress there.”

“That is kind of the high end,” Mixon said. “Usually during the summer the number is going to be down a little bit compared to the winter, because there’s more qualifying opportunities for kids during the winter. We go to more meets in a longer period. Twenty-two qualifiers for the summer is pretty high for us.”

Beau Harris, 10, was one of the swimmers to pick up additional qualify times during Saturday’s meet. He added the 50-meter break stroke and the 50-meter freestyle to give him a total of eight qualifying times after only qualifying for two during the short course season.

Mixon said Harris and Tony Fields were two of the swimmers who have impressed him throughout the summer.

“They’re both young men and are growing and coming into their own as far as putting their little footprint in the world of swimming on our team,” Mixon said. “Those are two guys that I really see that have been putting in a lot of effort and it seems to be paying off.”

The swimmers who have qualified for the state meet range in age from 8 to 19.

“The older guys, they enjoyed today,” Mixon said. “We had some best times, which is pretty good this time a year. Older kids are a little more sporadic in their training over the summer because of family vacation and work schedules. It is a little trickier, but I definitely think we are seeing some fast racing out of them. “

The next few weeks will be spent tapering distance so each swimmer is in peak form and fully rested for the state meet.

“Now we will go into the point of the season where yardage decreases and we put in what we refer to as speed work,” Mixon said. “We do a lot of race pace training with a good amount of recovery. That will go over the next couple of days and slowly the ratio of easy swimming and race pace swimming will balance out and it will be a lot of easy swimming.”