Butler puts offseason behind, eyes another year with Patriots 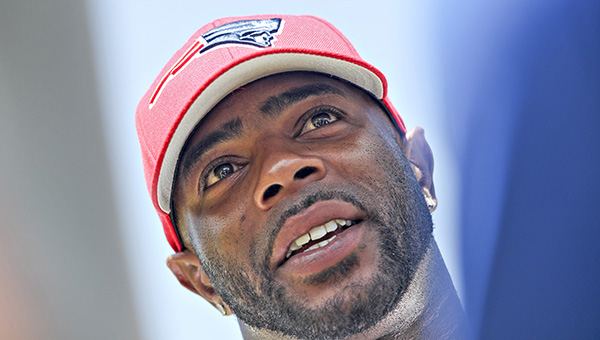 When the New England Patriots’ training camp comes to an end and the season gets ready to begin, only 53 players will be left standing with a job with the team.

Entering his fourth season in the NFL, Malcolm Butler has the comfort of knowing that he is locked into one of those coveted spots with the defending Super Bowl champion Patriots.

That doesn’t mean, however, that he’s planning to approach this training camp any different than his first one where he was competing daily to prove he belonged.

“It hasn’t changed,” Butler said Saturday, during a break in his now-annual youth football camp at his alma mater Vicksburg High. “You have to be consistent. Everybody is out there to compete. The best players are going to be on the field. No matter what you make. No matter who you are. No matter if you are a Super Bowl hero, you have to go out there and compete. It is a talented business so you have to be on your game.”

Butler has had a meteoric rise since entering the NFL as an undrafted free agent out of West Alabama three years ago. By the end of the 2014 season, he was the hero of the Super Bowl after picking off Seattle Seahawks quarterback Russell Wilson at the goal line in the final minute to preserve the Patriots’ 28-24 victory.

Butler became a starter in his second season in the league, and was named to the Pro Bowl. His third ended with a second Super Bowl title and a selection as a second-team All-Pro.

“It has been great, I have been put in a great position with one of the best teams in America, one of the best teams in the National Football League,” said Butler, who has six career interceptions and has started the last 32 games for the Patriots. “I am very blessed and I just cherish the moment. New England has been doing that before I got there. I just jumped on the train and collected a couple also.”

“I felt all kind of ways,” Butler said. “I am with the New England Patriots. I have a job to do. There are jobs everywhere and wherever I’m at I am going to go do that job to the best of my ability. I am with New England, that is my team and we will be ready to roll this year.”

The first-round tender he signed for the 2017 season carries a salary of $3.91 million — a hefty raise from the $600,000 he was scheduled to make in the final year of his rookie contract — but if he matches his production from the last two seasons he will be in for a massive raise this coming offseason as one of the top cornerbacks in the league.

“I just tried to take it a day at a time,” Butler said of this offseason. “I know I will be an unrestricted free agent after the season is over with, but I am just going to play my season out with my team and whatever happens from there happens. Just going with the flow.”

The Patriots will open training camp July 27 and the regular season Sept. 7 against the Kansas City Chiefs as they look for their third Super Bowl title in four years.

“Get better at everything I need to get better at,” Butler said of his goals for training camp. “Stay healthy and doing the things to help my team win and have a great season. I am trying to have the best season of my career. Actions speak louder than words.”