Brown shines for Flashes in jamboree 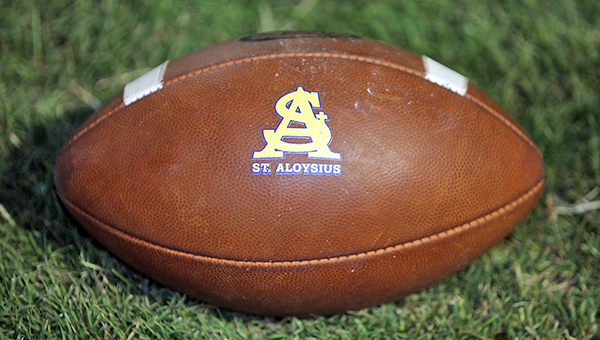 The St. Aloysius Flashes were without one of their biggest offensive stars for Saturday’s preseason jamboree.

It turned out fine. They found another.

Ketrez Brown, subbing in for injured quarterback Antonio Thompson, ran for four touchdowns in only two quarters of action as St. Al beat Claiborne Christian 21-0 and River Oaks 13-6 in their jamboree at the University of Louisiana-Monroe.

“That’s what I expected out of him, and he got it done. It’s always good to have somebody do what they’re supposed to do,” St. Al coach Michael Fields said with a laugh.

Thompson suffered a minor concussion in last week’s scrimmage against Brookhaven Academy and was held out of the jamboree as a precaution. Fields said he expects Thompson to play in Friday’s season opener at home against Leake Academy.

Thompson is the second St. Al skill player to suffer an injury during the preseason. Receiver Preston McGowan hurt his shoulder against Brookhaven and his status for the opener is unknown.

Avoiding injuries will be a determining factor in St. Al’s season, since there are only 20 players in grades 10-12 on the roster. Fields, however, said the team is deeper at the skill positions than on the line and they can weather the injuries they’ve had so far.

“That’s the one good thing, is the injuries we had are at positions where we can handle it,” Fields said. “We’ve got pretty good numbers on the skill guys. Up front is where we’re low.”

With Thompson out for the jamboree, Fields put the junior Brown in at quarterback and called his number a lot in the wildcat formation. Brown scored on runs of 37 and 6 yards in the 21-0 win over Claiborne Christian, and on runs of 6 and 68 yards against River Oaks.

The Flashes played only one quarter against each team, but did not get a break in between. Fields said the one half of uninterrupted football helped them get a sense of where they stand heading into the opener against Leake Academy.

“Right now, things are going according to plan,” Fields said. “We’re learning about each other and can put the pieces in place that we need to every week.”

Porter’s Chapel Academy also played in Saturday’s jamboree at ULM, and turned in a solid performance. The Eagles played to a scoreless tie with River Oaks and beat Claiborne Christian 7-0.

Glenn Alan Kittrell rushed for 50 yards, including a 4-yard touchdown against Claiborne. Carter White also had 50 rushing yards in the two games, and the defense registered five sacks.
PCA will open the season on the road on Friday night, at 7 p.m. at Columbus Christian.

“I feel much better about where we are this year compared to where we were last year going into Week 1,” said PCA coach Blake Purvis, whose team finished 1-9 last season. “Our depth is a real positive. The defense looked great again, and the offense looked better than last week. We rushed the ball against a lot of blitzes today, which was something we didn’t have much success with last year.”