VHS evacuated for bomb threat, all clear given 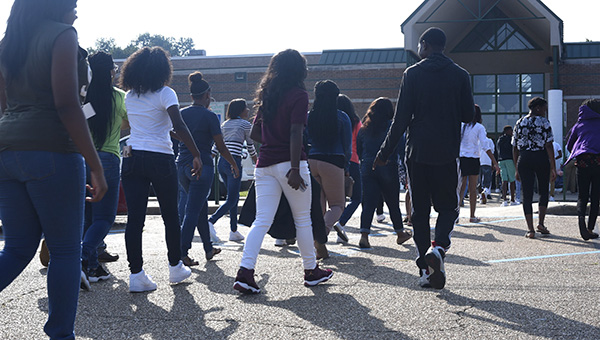 Vicksburg Warren School District spokesperson Christi Killroy said VHS received a direct phone call to the office at 8:44 a.m. indicating that there was a bomb on campus.

“Once the secretary receives the phone call, we have a check list and certain things must be followed,” VWSD director of school safety Dewayne Sims said. “She tries to ID the caller through the checklist, she reports to the principal and or the school resource officer and the we exercise that crisis response plan.”

Officers from the Vicksburg Police Department assisted the school resource officers during the threat.

“Once we receive the call and receive all pertinent information, we call 911,” Sims said. “We operate through 911 and 911 pushed the call out to local law enforcement agencies.”

A school-wide evacuation then took place as law enforcement worked to check the school for any threats. The all clear was given out around 9:15 a.m. and faculty and students began to return to the school from the evacuation area.

Vicksburg High School was also forced to evacuate in February when the school received a simultaneous phone call along with District Attorney Ricky Smith’s office warning of a bomb in both locations.

In February the evacuation lasted about 40 minutes before the all clear was given.

“First of all, we want to thank the staff, students and law enforcement because we practice these things periodically and everything went according to plan for us,” VHS principal Angela Johnson said. “We appreciate the manner in which the students and the teachers reacted. I think everybody responded well. When you have a school this size and practice, it comes together in the end.”

Sims said the threat is still under investigation as they work to identify the caller.