Phelps proud to be city’s only NBA player 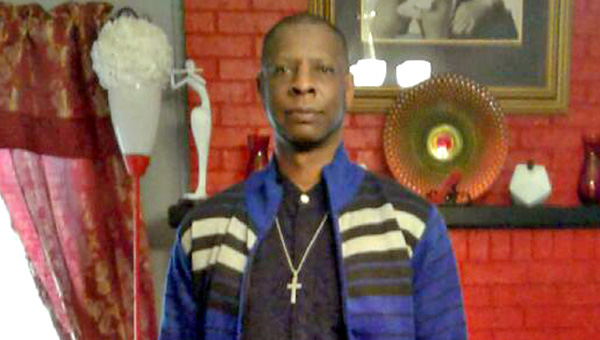 Former Vicksburg High basketball star Michael Phelps is the only player from the city to ever play in the NBA. He will be inducted to the Vicksburg Warren School District Athletic Hall of Fame on Aug. 31 at City Auditorium as part of its Class of 2017. (Submitted to The Vicksburg Post)

Note: This is the first in a series of profiles on this year’s members of the Vicksburg Warren School District Athletic Hall of Fame.

Thirty-seven years later, Michael Phelps can still see in his mind the long, seemingly never-ending tunnel of people leading from the locker room to the basketball court at the Mississippi Coliseum.

Phelps’ basketball career would continue at Alcorn State and in the NBA, but that moment and what he and his Vicksburg High teammates did that night in 1980 — winning the first state title in school history — is something he’ll never forget.

“When we won it, we just looked at each other because it was something we started in the ninth grade. When we won it, it was a great feeling,” Phelps said. “I understand the perspective now, because as a kid it doesn’t hit you. It’s an unbelievable feeling to live that dream out.”

Now, as a 56-year-old adult, Phelps is getting to live out another dream. Next week, he’ll be one of seven local sports legends inducted to the Vicksburg Warren School District’s Athletic Hall of Fame. The induction ceremony is Aug. 31 at the Vicksburg City Auditorium. Tickets are $20 and available at the VWSD athletic office.

This is the second Hall of Fame class, and Phelps is the first boys’ basketball player to get in. It’s a fitting honor considering he is the most accomplished player Warren County has ever produced.

After leading Vicksburg High to the MHSAA Class AA championship in 1980, the 6-foot-4 guard won the Southwestern Athletic Conference player of the year award for Alcorn State in 1985. He was then picked in the seventh round of the 1985 NBA draft, making him the first — and, to date, the only — player from Vicksburg to play in the league.

Phelps said he was proud of being Vicksburg’s only NBA player, but hopes he doesn’t hold that distinction forever.

“I look back, and this kid from Vicksburg, Mississippi did something that no one has ever done before. I’m proud of that. But I look at it as, if I can do it then others can do it,” Phelps said. “Coming from where I came from, the neighborhood I came from, I didn’t have someone I could look to that had made it and could tell me, ‘This is what you need to do.’ It was believing in yourself and your dream, and having the confidence in yourself that you can do this.”

Phelps’ NBA career was brief. He played two full seasons with the Seattle SuperSonics and two games in the 1987-88 season with the Los Angeles Clippers, mostly as a backup. He played in the era when the league and salaries were just taking off, and joked that he came along a few years too soon.

While he didn’t reap the financial rewards of his successors in the league, Phelps said he was proud to have played in one of its best eras. For two seasons he played against NBA Hall of Famers like Michael Jordan, Charles Barkley, and Magic Johnson on a nightly basis.

“You see these guys on TV, and then you’re next to them and all of a sudden you’re in the thing,” Phelps said. “Competition-wise, it was unbelievable.”

And now, where it all began, he is a hall of famer in his own right.

“It’s something that I never, on this or any level, have gone into a hall of fame. So it’s something that’s a great honor,” he said. “It’s amazing. When you’re playing at that age and you’re a young kid, you don’t think about what kind of impact you have and will people remember what you did 35 years ago. When they do, that’s amazing.”