Flashes go down against ACCS 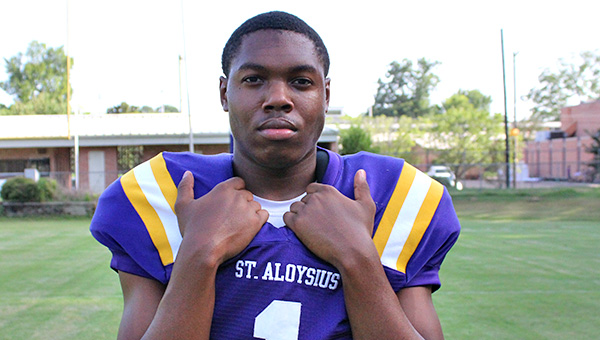 NATCHEZ — Turnovers proved costly for St. Aloysius on Friday night as it dropped a 40-14 decision at Adams County Christian School.

Similar to their season opener against Leake Academy last week, the Flashes (0-2) fell behind in the opening quarter as the Rebels (2-0) jumped out to a 21-0 lead. ACCS capitalized on two fumbles to take the three-touchdown advantage. The Flashes turned the ball over five times in the game.

“We just can’t do that against a good football team,” St. Al coach Michael Fields said. “They have playmakers and capitalized on those turnovers.”

St. Al stiffened in the second quarter, holding the Rebels to a 37-yard field goal in the final minute of the half.
The Flashes took the opening possession of the second half and picked up big chunks of yardage on their way to their first touchdown of the night.

St. Al quarterback Antonio Thompson broke free on a fourth down play and scored from 11 yards out with 7:30 left in the third quarter to cap a 60-yard drive. Connor Smith added the PAT to make it 26-7.

The Rebels answered, however, on their first drive of the second half with a touchdown at the 4:01 mark of the third quarter to push their lead to 31-7.

Down 40-7, Thompson scored on a 35-yard run halfway through the fourth quarter to make it 40-14.
Thompson had 18 carries for 163 yards and two TDs. Defensive end Jaylen Whitaker had 12 tackles and two sacks.

“We finally got our running game going,” Fields said. “But we had too many turnovers at the wrong time. We have some things to correct before next week.”