Logue was a pioneer of her game 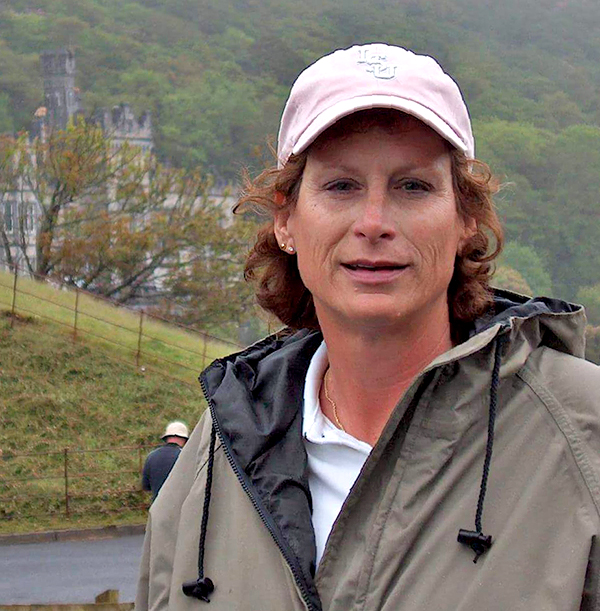 Former Warren Central basketball star Mary Logue is one of seven people who will be inducted to the Vicksburg Warren School District Athletic Hall of Fame Thursday night. The banquet begins at 6 p.m. at Vicksburg City Auditorium. (Submitted to The Vicksburg Post)

Note: This is part of a series of stories profiling this year’s members of the Vicksburg Warren School District Athletic Hall of Fame

The summer of 2017 has been like a trip back in time for Mary Logue.

In June, she traveled to Knoxville, Tennessee, to meet up with some of her old Delta State teammates as they were honored with the Women’s Basketball Hall of Fame’s Trailblazer Award.

Now, at the end of August, she’ll come back to her hometown of Vicksburg for a hall of fame ceremony that’s all her own.

Logue, who starred for Warren Central’s girls’ basketball team in the early 1970s before playing on three national championship teams at Delta State, will be among seven people inducted into the Vicksburg Warren School District Athletic Hall of Fame on Thursday night.

The VWSD Hall of Fame induction banquet will begin at 6 p.m. at Vicksburg City Auditorium. Tickets are $20 and are available at the VWSD athletic office on Mission 66.

“I’m humbled that I’d be selected,” Logue said. “I know George (Nasif) and Coach Morgan, and I feel honored to be in the same class as them.”

The award Logue and her Delta State teammates received from the Women’s Basketball Hall of Fame was for their efforts as pioneers of the game. They were a dynasty when the women’s game was in its infancy at the college level, and when it was still evolving on levels below that.

It wasn’t until Logue was in high school at Warren Central that girls’ teams played the 5-on-5 style that is most familiar to modern fans. When she was younger, they played 3-on-3 and 4-on-2 versions where only one player was allowed to cross halfcourt.

The game today, she said, has evolved in more ways than just the number of people on the court.

“When I was playing, even through college, it wasn’t as physical. You weren’t allowed to check people or you got a foul,” Logue said. “The game flows better now, because you get to play more. It’s so much more action-packed than when I went to school.”

Whatever the format, Logue excelled at the game. She was a two-time all-district selection at Warren Central, and was named to both the All-South State team and the MHSAA all-star team in her senior season.
She went on to play for three seasons at Delta State before leaving the team in her senior year to concentrate on her studies.

Despite skipping that final year, she still had a chance to continue her basketball career two years later. She was drafted in 1979 by the New Orleans Pride of the short-lived Women’s Professional Basketball League. The league lasted three seasons, and only three of the original eight teams survived to the end without folding along the way.

Logue passed on the opportunity to play professionally in the financially troubled league and entered a career in the medical industry instead. Nearly 40 years after her basketball career finally came to an end, Logue says she has no regrets about the way it all played out.

“It’s something I was proud of, that I was drafted, but common sense says I’m better off out in the work force making a decent paycheck,” she said with a chuckle. “I was good enough to be drafted, and that’s nice to say. I don’t have any regrets about not signing.”