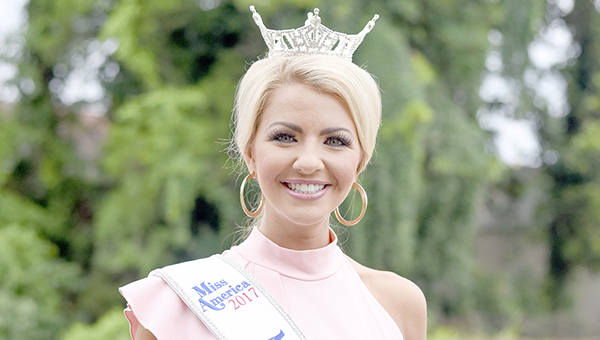 The Quality of Life award was named after 1943 Miss America Jean Bartel, who sold more than $2 million in war bonds during her time as Miss America.

The award is based on a contestant’s platform, and Buys’ platform is Water For Life.

Prior to the finalist being named, Miss America Savvy Shields along with the Miss America Organization welcomed the 51 contestants for this year’s competition during a ceremony at Kennedy Plaza.

During the next week and a half, contestants will travel around the area for events at the Linwood Country Club and service projects at the Atlantic City Rescue Mission, among other locations. They will also rehearse, be interviewed for potential scholarships, compete in three nights of preliminaries and ride in the Sept. 9 Show Us Your Shoes Parade on the Boardwalk.

One contestant will be chosen as America’s Choice, which will guarantee her a place in the top 15. Votes can be cast daily until Sept. 5 for Buys at missamerica.org/vote.

The 2018 Miss America Pageant competition and crowning is scheduled to air live on the ABC network beginning at 8 p.m. central time Sept. 10. Television personality Chris Harrison of ABC’s “The Bachelor” and “Who Wants To Be A Millionaire” will serve as the host

For more information on the Miss America Pageant and a complete listing of the preliminary schedule, visit missamerica.org/miss-america-competition/.