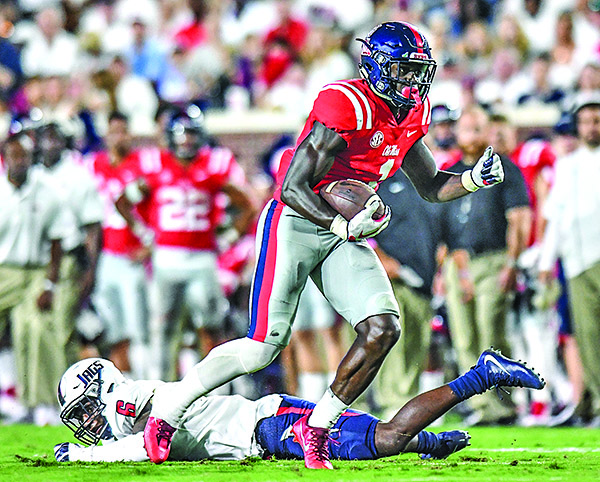 OXFORD — Saturday’s season opener turned into a coming-out party for A.J. Brown and a celebration for all of the Ole Miss faithful.

Brown caught eight passes for a school-record 233 yards, including a pair of long touchdown passes in the third quarter, as the Rebels routed South Alabama 47-27.

Ole Miss led 13-10 at halftime, but Brown took a pair of short passes from Shea Patterson 71 and 77 yards for touchdowns to help blow the game open. Brown had another 44-yard reception in the fourth quarter to set up a short TD run by D’Vaughn Pennamon.

Patterson finished 28-of-35 passing for 429 yards and four touchdowns as the Rebels gave Matt Luke his first victory as the program’s interim head coach.