Alcorn, FIU plan to move football game because of Irma 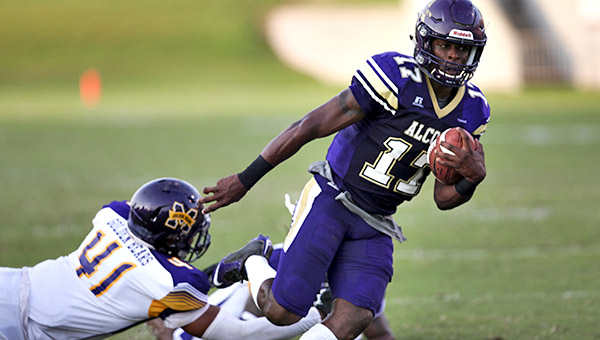 Alcorn State announced Tuesday that its football game at Florida International, scheduled for Saturday night in Miami, will be moved because of the threat of Hurricane Irma. No decision has yet been made on whether the game will be played elsewhere or canceled. (Courtland Wells/The Vicksburg Post)

Alcorn State and Florida International might still play football this weekend, but it will not be in Miami.
The schools announced Tuesday night that the game will not be played as scheduled because of the approach of Hurricane Irma.

With the Category 5 storm chugging toward South Florida and evacuation orders already in place in some locations, Florida International announced that it is closing its campus on Thursday morning and canceling all weekend activties.

That includes Saturday night’s football game against Alcorn. The game has not yet been canceled. Both schools said they were exploring options that include playing at a neutral site or postponing it until later in the season.
Neither team has an open date in common. FIU’s only open date is Oct. 21, and Alcorn’s is on Oct. 28.

“We will have a football game against FIU, but it will not be in Miami on Saturday. We’re working on finalizing a neutral site this weekend,” Alcorn announced on its sports Twitter feed.

FIU executive director of sports and entertainment Pete Garcia told the Associated Press, “We are monitoring the situation and looking at all options.”

Irma’s winds were 185 mph Tuesday, a strong Category 5 storm, and forecasters at the National Hurricane Center said it could strengthen more as it neared the eastern-most Caribbean islands. The storm had the most powerful winds ever recorded for a storm in the Atlantic Ocean.

It is forecast to pass through the Florida Keys on Sunday, which has forced a number of leagues and teams to alter their plans for the weekend:

• Earlier Tuesday, the NFL announced that Sunday’s game between the Tampa Bay Buccaneers and Miami Dolphins would be moved out of Miami. A final decision on when and where to play was to be made Wednesday.

The game could be moved to November, when both teams share a bye week, or played at a neutral site. NFL teams in Charlotte, Jacksonville, Atlanta and New Orleans are all on the road this week and might have available stadiums.

• The Florida State League announced the cancellation of its championship series. The North and South Division winners will share the title in the league. The Tampa Yankees and Dunedin Blue Jays are meeting for the North title, and the Palm Beach Cardinals or Fort Myers Miracle are playing for the South crown.

• The University of Miami’s home women’s soccer games against College of Charleston on Friday and Stetson on Sunday have been cancelled. Miami also called off a cross country meet it was set to host on Saturday.

Miami’s volleyball team canceled a weekend trip to Philadelphia, where it was to play two matches.

Miami’s football team is on the road at Arkansas State. Nearby Florida Atlantic is also on the road, at Wisconsin.

• High school football games in Miami-Dade and Palm Beach counties were postponed; in Broward County, games set to be played this weekend were moved up to Wednesday night.