Robin Stroud’s career has been on an unexpected track 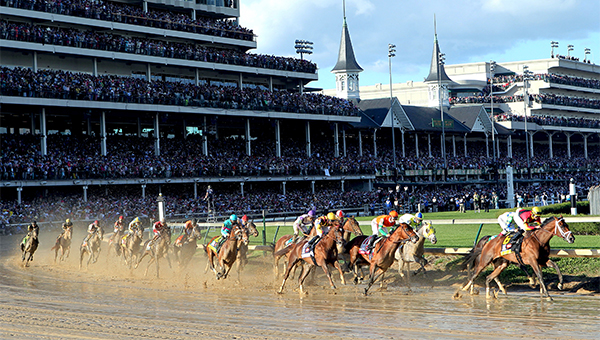 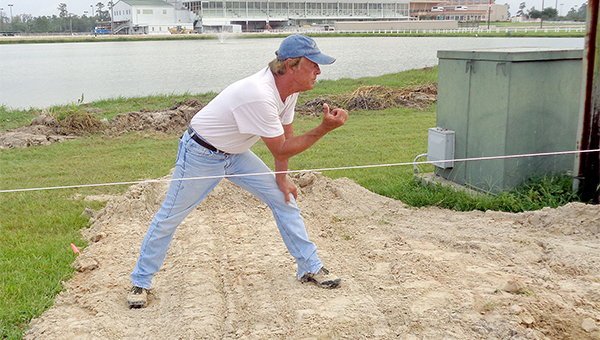 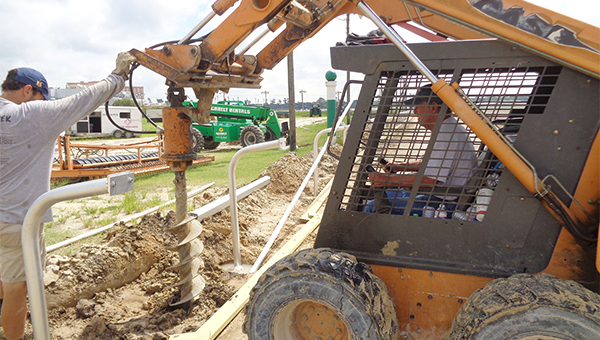 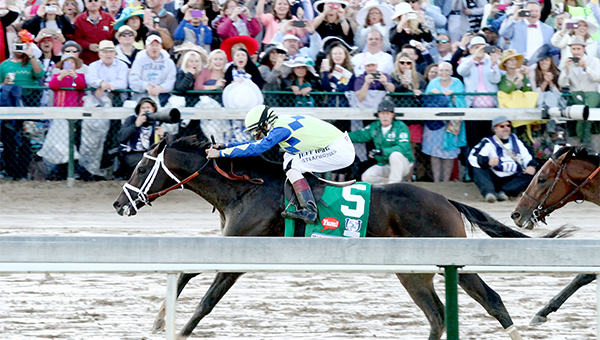 On a sloppy muddy track, Always Dreaming and jockey John Velazquez made their run to the 2017 Kentucky Derby title along the rail in the 143rd running of the race.

Starting from Gate 5, Velazquez quickly worked his horse inside where they found a clean track and smooth route to a 2 3/4-length victory.

Knowing that jockey and horse felt safe riding full speed up against the rail brought a sense of pride for Vicksburg native Robin Stroud. It was him who put them there, after all.

Stroud, a 1968 graduate of Warren Central High School, never expected to end up here, with an all-access pass to the Kentucky Derby and every picture from the most popular race in the country showing a rail system that his own hands had helped to design, refine and install.

His journey to the Kentucky Derby started in 1990 when he decided to make a move to Kentucky. After spending years working in the tire business in Louisiana, Stroud was ready for a change when a friend of a friend introduced him to the Blue Grass state.

“I got tired of the tire business,” Stroud said. “A friend of mine knew a friend in Louisville, Ken. and I flew up there and met him and flew back to Louisiana, got rid of my businesses there and took off to Louisville.”

From there Stroud found his way to Lexington, where he decided to go into the fencing business.

“I bought a rig, a tractor with a driver on the front and an auger on the back, and said I’m going to go into the fencing business,” Stroud said. “If you’ve ever been to Lexington, Ken., there’s a thousand horse farms there and I got there and I said this is what I need to do. I need to start fencing.”

After starting his business, a friend introduced him to a man named Steve Green, who owned Horsemen’s Track and Equipment, and he needed help installing a rail system at a practice track in Muscle Shoals, Ala.

“A friend of mine in Louisiana knew him [Green],” Stroud said. “He said [Green] might need some help doing manual labor, basically, which he did. It just so happen that I had decided to go into the fencing business and that fit into [Green’s] work. That helped me make my mind up.”

The professional relationship with Green and contacts he made while in Muscle Shoals were Stroud’s introduction to a new career in horse track fencing.

Over the next few years, Stroud worked installing horse fencing, but all along Green and him knew there had to be a better way to make the rails.

“There was always danger for jockeys and horses on the racetrack,” Stroud said. “The guy I was working with, with Horsemen’s Track, he wanted to come up with something that would save the horses and the jockey both from danger if possible.”

Green and Stroud enlisted the help of engineer Steve Patterson, who helped them turn the idea of a better rail system into a reality.

“It is a design system, where if the jockey falls on the track, he can get up under the roll out and if the horse goes over it, it is not just a rail,” Stroud said. “It is a big shield that goes over. It is all aluminum. It gives a little. It is an awesome system.”

Stroud and his company Robin’s Fencing installed the new Rider Protection System for the first time at Gulfstream Park, in Hallandale Beach, Fla. in 1996, but the system was far from a finished product.

“I went there and started putting this together. I saw some faults in it and one thing led to another. We improvised every time and there was something we had to do better,” Stroud said. “We’ve probably changed it a dozen times over the years to make it like it is now.”

From Florida, they went to Texas where the system was installed at Lone Star Park. In the 21 years after that first install, they have traveled the country and the world installing this rail system at every major track.

Stroud has installed the rails at Churchill Downs where they run the Kentucky Derby, but also in Dubai, Saudi Arabia, Mexico, Chile, throughout the Caribbean and more.

“I have been fortunate to go to some awesome places to install this system,” Stroud said. He added that the success of his business has been built almost entirely by “word of mouth” as people see the quality of his work.

“They want on a track on their own farm identical to the one they are going to race on, on the weekends like the Kentucky Derby,” he said. “We go and put those on their individual farms.” Stroud estimated that he’s installed the rails at hundreds of farms and also at about 50 tracks throughout the world over the last 21 years.

The company’s biggest break came when they were endorsed as the preferred rail system by the Jockey’s Union.

“When the Jockey’s Union endorsed us, nobody even tries to come back with something else,” Stroud said. “As long as we had this product available to everybody who wanted it, I was pretty much guaranteed that I was the only one who knew how to do it.”

Stroud recently finished installing the rails at Delta Downs in Vinton, La., and he has a busy fall ahead installing rails in New York and Canada.

His biggest impact will be noticed next June, though.

Horse and jockeys will break from the gate in the Belmont Stakes, the final leg of the Triple Crown, and they will fight their way to the rails where they will find a newly installed system designed to keep them safe, thanks to a man from Mississippi who 30 years ago had never even stepped on a race track before.

“I never thought I would be doing this 30 years ago when I was in Louisiana,” Stroud said. “That I’d be traveling and knowing the people I know and have met in this industry. It is pretty special. I am really proud of it.”