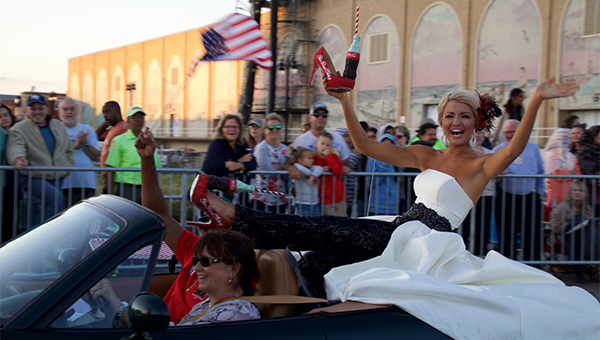 Miss Mississippi Anne Elizabeth Buys had more than 50 supporters cheering her on Sunday night in Atlantic City during the 97th edition of the Miss America Pageant.

The Vicksburg native was one of 51 contestants who competed for the national title.

After three nights of preliminary events and Sunday night’s final phase of the competition, Miss North Dakota Cara Mund was crowned the winner.

Buys, who is the daughter of Mark and Judy Buys, won the state title on June 24 at the Vicksburg Convention Center.

Mayor George Flaggs was one of the many locals who traveled to New Jersey to cheer on the hometown contestant.

“It was an awesome evening and I am more proud of Anne Elizabeth than I have ever been,” Flaggs said.

“I think she represented us well in the competition, and I think she is going to represent the city of Vicksburg and the state of Mississippi for the remainder of her reign with honor.”

Flaggs had not yet had the opportunity to speak to Buys, but said he was looking forward to congratulating her on a job well done.

“I want to congratulate her on her performance. She is still a winner. She is our winner for Vicksburg and Mississippi. And she will always be a winner of mine because she is the epitome of what a young lady ought to be,” he said.

During the preliminary rounds of the competition, contestants competed in a private judges’ interview,  swimwear, talent, evening wear and on-stage question.