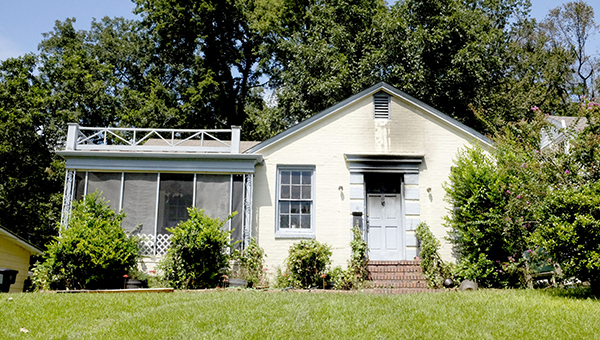 The house located at 1615 Chambers Street that was involved in a fire Tuesday evening. (Courtland Wells/The Vicksburg Post)

The fire occurred about 7:47 p.m. Wednesday. Danczyk said firefighters arrived to find heavy smoke coming from the fire, which he said caused significant damage to a bedroom of the house and also damaged several adjacent rooms, adding the house had smoke and water damage through out.

He said an elderly woman living in the house was able to get out of the home without injury.

“We had Battalion 1, ladder 14, Engines 6 and seven and Engine 2 respond to the scene,” he said. “There was so much smoke when they arrived, the Battalion chief decided to err on the side of caution and call for more help,” he said. “One good thing is the homeowner had insurance on the home.”

Danczyk said an unattended candle is believed to be the cause of the fire.