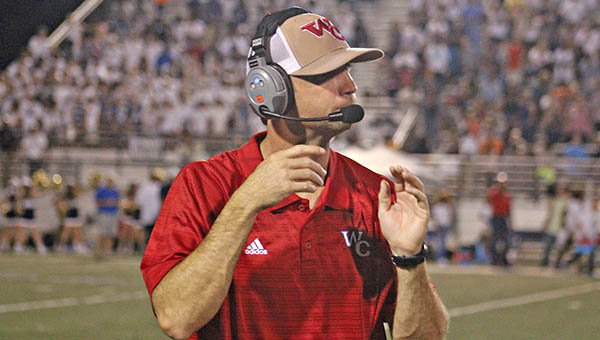 Warren Central held steady in the latest Mississippi Associated Press overall high school football poll, and made a little bit of forward progress in the Class 6A poll.

The Vikings remained at No. 7 in the overall poll following their 17-7 win over Neville (La.) last week. They had been tied with Starkville and Brandon, but held the spot themselves this time as Starkville moved up to No. 6 and Brandon dropped out of the top 10.

In Class 6A, the Vikings crept up one spot to No. 6 after checking in at No. 7 in the first two polls of the season. They received 20 points in voting by state media members. A first-place vote is worth 10 points, a second-place vote nine points, and so on through 10th place.

Warren Central improved to 3-1 with its win over Neville and is on a bye this week. It will go on the road to play Northwest Rankin in the Region 2-6A opener on Sept. 22.

Oak Grove had 45 points, and then Warren Central was next. Others receiving votes were Brandon, Meridian, Hancock and Oxford.

The No. 1 teams in the other classifications are Poplarville in Class 4A, North Panola in 3A, Philadelphia in 2A, Simmons in 1A, and Jackson Prep in the MAIS poll.

Simmons and Jackson Prep were unanimous No. 1s in their respective classifications.