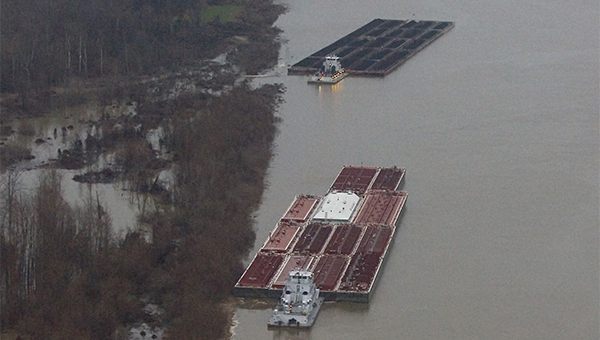 Judge: Government doesn’t have to pay tug owner for cleanup

A federal judge has denied an attempt to make the federal government pay for more of the cleanup of an oil spill on the Mississippi River where a tugboat pushed a barge into a railroad bridge.

That January 2013 spill dumped 7,100 gallons into the river at Vicksburg and spawned a welter of litigation over who should pay for the cleanup.

The government sued the tugboat’s owner, its insurer and the barge’s owner, saying they should repay $800,000 that state and local governments spent removing the oil. The government has also demanded civil fines if officials can prove tugboat owner Nature’s Way Marine acted with willful misconduct or gross negligence. The Theodore, Ala., company has denied its actions meet that standard.

U.S. District Judge Carlton Reeves has yet to rule on the government’s claims. Last week, he rejected a countersuit by Nature’s Way. The company said the U.S. Coast Guard had improperly denied its claim to be reimbursed $2.1 million of the $3 million that it spent on the cleanup.

Nature’s Way said it was only on the hook for $850,000, the limit of liability for the tugboat, because it was not the legal operator of the barge. That would have meant that a federal oil spill cleanup fund would have had to pay back the rest of the money.

Reeves rejected Nature’s Way claim that the operator of the barge was its owner, Third Coast Towing, of Corpus Christi, Texas.

“Common sense tells us that any definition of vessel ‘operator’ must include the person steering the vessel through the water,” the judge wrote. “In this case, that was Nature’s Way, since Nature’s Way’s tug pushed the Third Coast barge into the bridge.”

The oil spill occurred Jan. 17, 2013, when the southbound Nature’s Way tug was pushing a two-barge tow of tanker barges holding 80,000 gallons of oil struck the Old Highway 80 bridge, rupturing one of the barges and causing the spill.

The accident forced the Coast Guard to close the river north and south to barge traffic while the spill was being contained and cleaned, and the leaking barge was drained. The accident also forced bridge officials to shut down railroad traffic in the bridge until an inspection, and city officials to close the boat landing at the riverfront.

Mayor George Flaggs Jr. will meet with Vicksburg residents Oct. 5 at 5:30 p.m. at the City Hall Annex to... read more