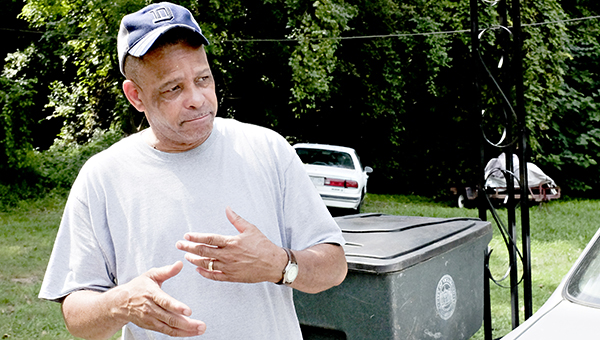 Paul Reed speaks on the impact that Deborah Sweet had on him Wednesday. (Courtland Wells/The Vicksburg Post)

The residents on the south end of Marcus Street remembered Debra Sweet as a woman who was known to speak her mind, but also someone who was a gracious woman to others.

Sweet, a double amputee confined to a wheelchair, died Tuesday morning in a fire that destroyed her wood frame house and damaged a neighboring house. 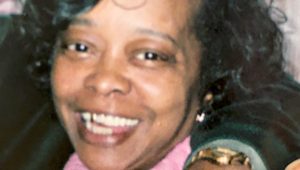 Firefighters arrived to find flames coming out of the front and sides of the house.

Price said Sweet had one leg amputated in 2007 and the second several years later.

“Everyone around here grew up in this neighborhood,” he said. “She was very outspoken. She would tell you what was on her mind, whether you liked it or not.”

He said she spent most of her time watching television, adding the game show “The Price is Right” and the soap opera “The Young and the Restless” were among her favorite programs.

Mayor George Flaggs Jr., who attended Vicksburg High School with Sweet, said he remembered her as someone full of life.

“She was very smart, personable and a cheerleader,” he said. “I’ve known her and her family for years. My thoughts and prayers go out to the family.”

“She was a very good woman,” said Paul Reed, whose mother lives two houses south of Sweet’s, and called her “a gracious woman; I’ve known her all my life. We all grew up here — the Reeds, the Prices and the Garretts.

“It’s just sad to see someone go like that.”

In less than a week, Kymmeria Chambers’ co-workers transformed a home on Bowmar Avenue for her making it handicap accessible.... read more