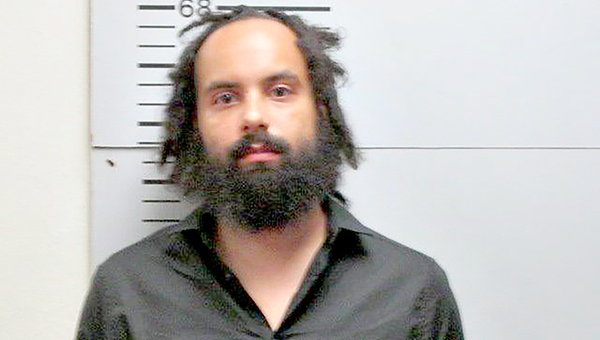 Michael Taveras, 32, faces a charge of possession of marijuana with intent to distribute.

A “significant amount” of marijuana is off the street and an out-of-state couple ended up in the Warren County Jail after agents with the Mississippi Bureau of Narcotics and local law enforcement officers uncovered approximately 15 pounds of marijuana with an estimated street value of $15,000.

Acting on a tip, law enforcement served a search warrant Tuesday in the 4000 block of South Glen Drive in Vicksburg, where they uncovered the marijuana, according to a press release from MBN Director John Dowdy.

Discovery of the illegal drug led to the arrest of 32-year-old Michael Taveras of 8155 Richmond Avenue in Houston, Texas. Taveras faces a charge of possession of marijuana with intent to distribute.

Also arrested in connection with the drug seizure was 30-year-old Raykeisha Smith of 4241 Alondra, Unit 3, in Compton, California. Smith faces a charge of possession of marijuana less than one ounce.

Both suspects were booked into the Warren County Jail and held pending appearances in Warren County Justice Court. Bond for Taveras was set at $250,000 and Smith was released on a recognizance bond.

Taveras is on probation from Harris County, Texas, and the Houston Police Department has placed a detainer on him, according to Warren County Sheriff Martin Pace.

Pace said his department partnered with the MBN and went to the address located south of the city limits of Vicksburg. He said the arrest team consisted of MBN, Richland PD, Vicksburg PD and WCSO uniformed and undercover officers where the arrests were made without incident.

“It is a relatively significant amount of contraband that thankfully will never reach the streets of Vicksburg or any other community,” Pace said.

The continuing investigation is led by the MBN with the assistance of Richland and Vicksburg police departments as well as the Warren County Sheriff’s Office.

In less than a week, Kymmeria Chambers’ co-workers transformed a home on Bowmar Avenue for her making it handicap accessible.... read more