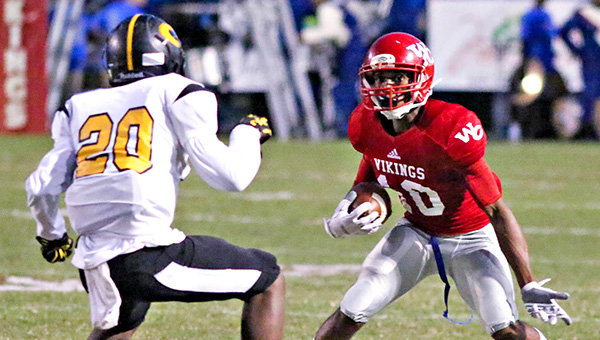 Once again, Warren Central will go on the road Friday night to play in a must-win game against a top-tier opponent. It’s a familiar situation for the Vikings, who have done it twice already this season. They’ve also lost both times.

So when they visit Madison Central (5-1, 2-0 Region 2-6A), it won’t just be the latest stop on a challenging schedule. It’ll be a must-win game for their region championship and playoff hopes, as well as their psyche.

“It’s fun playing in big ballgames, and we get to play in a lot of them. We’ve got to find ways to win them, though. Right now we’re in survival mode,” Warren Central coach Josh Morgan said. “To be in big games we have to win big games, or they’re not going to be big any more.”

“It just happens this year that our big games are on the road. We’ve done well on the road in the past,” Morgan said. “We had two close games on the road that we came up short on. It’s a week-in, week-out deal, and we have to play four quarters of football. The number one thing is believing we can do it. If we’ll do the little things, we’ll be fine.”

It’s the defeat to Northwest Rankin that has really put the Vikings behind the 8-ball.

A second loss to one of Region 2-6A’s championship contenders would put Warren Central out of title contention and into a battle for the third- and fourth-place scraps.

To avoid that scenario over the final month of the season, WC will need to beat a team that has often been a nemesis yet has also had some recent success against.

Madison Central won eight consecutive games against the Vikings from 2006-13, until WC won at Viking Stadium in 2014 and again on the road in 2015. Madison Central won a playoff rematch in 2015 and then 28-25 in the regular season last year.

Four of the last five games between the teams have been decided by a touchdown or less, and the other was by 10 points. The close games reignited a rivalry that had waned for a decade, but Morgan said the Vikings need to focus on the big picture rather than the hype surrounding the rivalry.

“It’s not a must-win situation, but it’s dang close. It’s about surviving. If the guys will rally around that and get on the bus as determined young men, that’s going to help us a lot,” Morgan said. “We can’t get caught up in everything that’s going to come with this game. It’s going to be the game of the week for a lot of people around the (Jackson) Metro. We’re trying to lock them in on that and hopefully be successful.”

Archrivals St. Aloysius and Cathedral are an hour apart on Highway 61, but this Friday night will meet at a... read more