Kazery rolls to easy win at Over the River Run 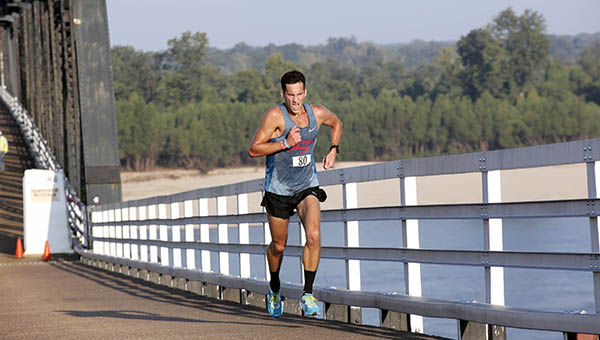 It had been about a decade since Peter Kazery ventured over to Vicksburg to compete in the Over the River Run. Needless to say, it was a triumphant return.

The Clinton native smoked the field in the 5-mile run across the Old Mississippi River Bridge, finishing nearly three minutes ahead of runner-up John Paul Bergeron with a time of 26 minutes, 53 seconds.

The 26-year-old Kazery is a past champion at one of Vicksburg’s other big races, the Run Thru History, but this was his first victory in the Over the River Run. He’s the fourth different winner in the last four years, and became the first person to finish in less than 27 minutes since Mark Thorne did it in 2006.

“I hadn’t done it in a while and really like running in Vicksburg,” Kazery said of ending his absence in the race. “It’s always fun to win.”

Kazery pulled away from the field from the get-go and was never challenged. Bergeron, who is a middle distance runner on the track team at the University of Louisiana-Lafayette, joked that Kazery quickly became a dot on the horizon. Bergeron posted a time of 30:35.

“I saw him at the beginning, from really far away,” Bergeron laughed.

In the women’s division, Lindsay McLaughlin made the most of her first and possibly only time to compete in the OTRR. The 31-year-old won and was ninth overall, with a time of 35:05. 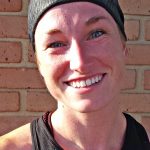 McLaughlin is living in Vicksburg for a year while her husband is stationed here with the U.S. Army Corps of Engineers.

“We’re only here for a year, so this is one of the things I really wanted to do,” McLaughlin said. “It’s the one race where you can run over the bridge and to Louisiana, so I’ve always wanted to do that.”

Vicksburg resident Kristi Hall, a six-time Over the River Run women’s winner, was second in 35:44 and 12th overall. Hall led for the first half of the race, but McLaughlin caught and passed her on the return trip from Louisiana.

“I feel like I started fast, but I’m really competitive with myself. Just past the halfway mark I caught up with her,” McLaughlin said.

In the 5-mile race walk, Lee Fore claimed his first OTRR championship and second Vicksburg race win of the year by edging out runner-up Steve Pranger. Fore overtook Pranger in the last mile to finish in 53:49, 18 seconds ahead of Pranger.

“Most of the race, he was ahead. I got a lot of energy that last mile from somewhere,” said Fore, who also won the Chill in the Hills in downtown Vicksburg in January. 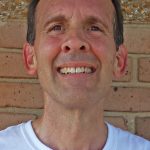 Fore said he drew inspiration from a variety of sources, both personal and spiritual, during his walk.

“That was my best time ever. That was a great day. Ever since the first of the year with my mom being in the hospital, my lord and savior Jesus Christ has given me a strength I can’t explain. I’m also thankful for my girlfriend, Linda Mason, and all she’s had to overcome in the last year with several surgeries.”

The women’s walk winner was Angel Curry of Rayville, La. She finished with a time of 55:23 and was third overall, for her third women’s division championship. She also won it in 2010 and 2014.

Curry joked that she credited her victory to Barbara Duplichain, one of Mississippi’s best race walkers and a 12-time Over the River Run champion. Duplichain did not compete in Saturday’s race.

“It’s good, but the only reason I won was because Barbara Duplichain wasn’t here. She’s the queen of race walking,” Curry said with a laugh.

In the children’s 1-mile fun run, Sam Hall was victorious with a time of 6:55. His sister Gloria Hall was first in the girls division, fifth overall, with a time of 7:57.