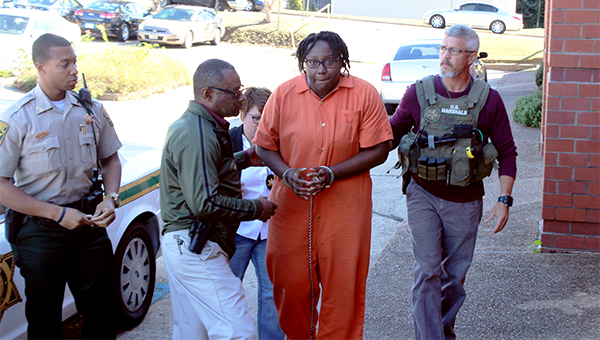 A Vicksburg woman charged with murder in the Friday afternoon stabbing death of a man at his home on Halls Ferry Road is being held in the Warren County Jail without bail, Warren County Sheriff Martin Pace said.

County Judge John Price ordered Christina Jones, 28, held without bail and bound her case over to the grand jury during her initial appearance Monday in County Court.

Jones is accused in the death of Anthony Turner, 29, during an argument at Turner’s home in the 8300 block of Halls Ferry Road. Turner was stabbed in the chest, Pace said. The case remains under investigation, and an autopsy was ordered.

Pace said a telephone call came through Vicksburg-Warren 911 about 12:30 p.m. Friday that a man had been stabbed in the chest and was being taken by a private vehicle to Merit Health River Region.

The car carrying the man met a Vicksburg Fire Department ambulance while in route to the hospital, but paramedics were unable revive Turner.

Their schools have may closed down more than 50 years ago, but the graduates of Jett, Culkin and Redwood high... read more