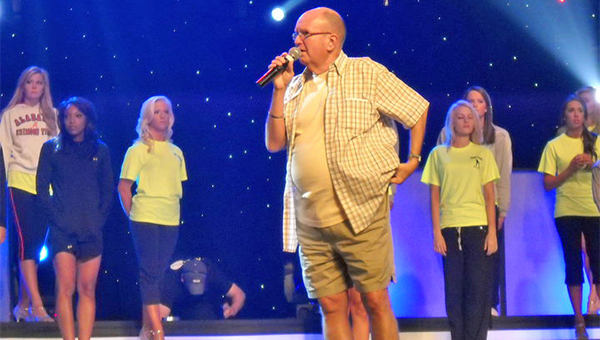 Graham will be missed by many, Vicksburg resident Pat Hopson said.

Graham began working with the Miss Mississippi Pageant in 1990, but did not come on as the full time choreographer until after Hopson became the pageant’s producer.

Hopson said she and Graham had a unique connection.

“Mallory was very talented and in addition to his dance training, he was also musically trained on the piano. I could hear what I wanted in my head (for the show) and I could tell him,” she said.

“That was always amazing because I got what I wanted in the productions.”

Hopson recalled that often she and Graham would meet in Atlantic City during the Miss America Pageant and while the contestants were in rehearsal, they would meet under the stands or somewhere and start working out what they would be doing for the next year’s Miss Mississippi pageant.

“We were constantly working on the next year’s show,” Hopson said.

“We were very fortunate to have him as our choreographer for so many years,” the executive director of the Miss Mississippi Pageant David Blackledge said.

“He was an extremely talented individual and did an outstanding job with our pageant for many years, and we appreciated his many years of service to us.”

He was the one who trained Chesley Sadler Lambiotte, who is currently serving as the Miss Mississippi choreographer.

Graham was awarded four Emmys during his stint with the Miss Mississippi Pageant and in addition to serving as its choreographer, he also staged the Miss North Carolina Pageant and the Miss Pennsylvania Pageant.

Graham was the owner of Dance South, Inc., located in North Carolina and his credits include Broadway, television and movies.

“I am very grateful for his talent and the hard work he did in making the pageant become what it was in the years I worked for it,” Hopson said.

“This has been a sad time in my life, because I seem to be losing so many close friends and Mallory is one of those.”