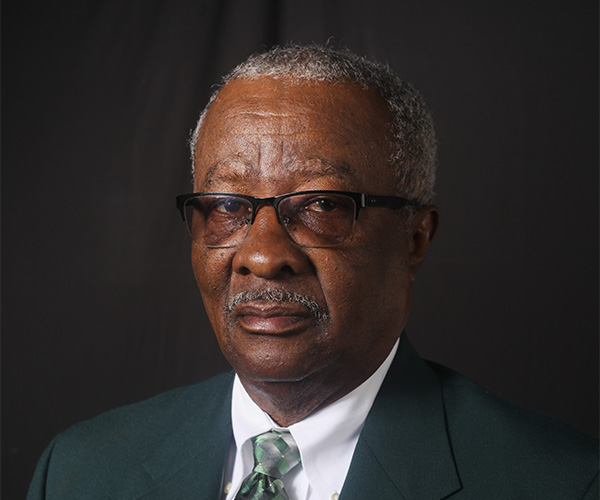 Charlie Tolliver is a Delta Devil.

And as national president of the Mississippi Valley State University Alumni Association, one might say he’s one of the top Delta Devils in the country.

A retired educator and administrator from the Vicksburg Warren School District, Tolliver is a Vicksburg native and graduate of Rosa A. Temple High School, which is now the home of Vicksburg Junior High School.

“I graduated from Rosa A. Temple in 1964, and went to Utica Junior College for two years, graduated, and went to what was then Mississippi Valley State College in 1966,” he said. “I graduated in 1968, and was drafted in the Army for two years with one year in Vietnam, and returned with a purple heart.”

It wasn’t long after his return home that Tolliver was hired to teach. It was the start of a 38-year career with the school district.

“My first job was with Parts Exchange, and then I was called by Otha Mendrop and hired at Warren Central to teach industrial arts, which was my major in college,” he said. “They were starting a new program there and I helped start it.”

His time at Vicksburg Junior High, he said, “Was like going home, because it was the former Rosa A. Temple High School. It was where I graduated from, and believe me, the first time I went into that (principal’s) office was when I was principal. As a student, I never had a reason to go to the office.

“Walking those halls, as principal versus having been there as a student was so much … I can’t even describe how I felt, but I had a job to do.”

Tolliver hasn’t slowed down in his retirement.

“I’ve been quite busy. First of all, I am a member of the MVSU Alumni Association, (and) being a member of the alumni association has kept me quite busy,” he said. “There were activities and things that were going on I needed to attend, I needed to follow up on, follow through on, to make sure these things were happening, because the number one thing as an alumnus is to give and try to encourage givers so you can keep the funds rolling.”

His wife Barbara Tolliver also had him helping her when she was director of United Way of West Central Mississippi.

“I did little thing in the background,” he said, adding he helped his wife prepare speeches and releases.

Tolliver said he feels good about his election to a two-year term as president of Mississippi Valley State’s national Alumni Association.

“Right now, I’m in the transition stage. I was installed on Jan. 27. I have to have my executive meetings and board meetings and general body meetings have all the steps in place, and working on membership, which is a key.”

He said university President Dr. Jerryl has set a vision statement that makes it easy to go out and advocate and promote the university.

The position, he said, will keep him on the go, as he tries to raise an awareness about MVSU bringing alumni back to the association.

“I’ll be moving around; I have a presentation March 10 in Holmes County. The challenge is to raise awareness of MVSU in the communities, not just in Itta Bena, but in thousands of communities that are in our hometowns and across this country,” Tolliver said.

“I use this quote: ‘Valley is wherever we are.’”

And that means talking with prospective students. Working with young people, Tolliver said, is something he continues to do, whether he is talking to them about MVSU or just helping them.

“In my role as president of the local chapter, I talked with students from time to time and I’m called by prospective students about Valley and I talk to them about the school,” he said.

“Valley’s probably one of the most affordable universities in the state.”

“That’s in my blood because having worked in the school system for 38 years, I just can’t get away from young people,” he said. “I have done presentations at Hinds, and April 4 I will be at Warren Central High School doing a combat seminar with other veterans, where we share our experiences.

“I’m always involved with the young people. I feel that was my calling, and now that I’m working with adults, that does not mean I won’t or will not work with young people if I get the chance.