A Vicksburg woman is in custody after shooting another woman in the hip Friday night.

The incident happened at about 8:31 p.m. in front of Vicksburg Police. 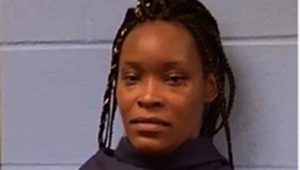 Trameka Shanneal Coney, 32, was taken into custody and is being held without bond in the Issaquena County Correctional Facility.

She is expected to go before Vicksburg Municipal Court Judge Toni Terrett on Monday morning.

According to a police report, Vicksburg officers were called to the Walterville Estate Apartments, 375 Waltersville St., in reference to a missing person.

Once on the scene, officers spoke with Roshonda Pare Smith, 27, 90 Kings Drive, who told officers her 18-year-old cousin had left to live with a neighbor, Coney.

Police attempted to make contact with the missing cousin at Coney’s apartment, but the cousin was not there, police reports state.

However, a disturbance erupted between Coney and Smith and Coney pulled a handgun and shot Smith once in the hip, the report said.

Smith was taken by ambulance to University Medical Center in Jackson, where she was last listed in stable condition.

Coney was charged with one count of aggravated assault.