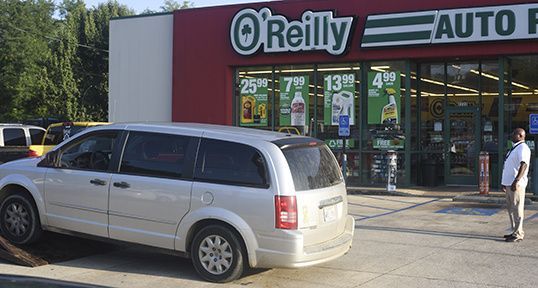 Vicksburg Police Lt. Johnnie Edwards watches as the vehicle that was reported stolen Monday and used in a bank robbery at 11:44 a.m. at the 2205 North Frontage Trustmark Bank location is towed from O’Reilly Auto Parts on Clay Street Tuesday. According to Edwards, the FBI Violent Crime Unit was assisting in the case and saw the vehicle turn into the parking lot and apprehended the subject. (Courtland Wells/The Vicksburg Post)

Michael Gammill, 42, 1102 South St., was arrested about 6:15 p.m. Tuesday at O’Reilly Auto Parts on Clay Street. He faces charges of bank robbery and auto theft. He is accused of taking a gray 2008 Chrysler Town and Country Van that was reported stolen about 12:56 p.m. Monday from the 1100 block of South Street.

He reportedly used the van to leave the bank after the robbery.

He was being held without bail at the Issaquena County Correctional Facility pending an initial appearance in Municipal Court. 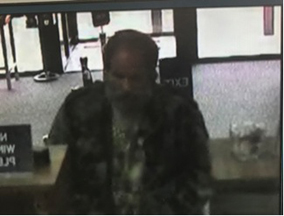 Edwards said Gammill was spotted in the van by FBI agents as he pulled into O’Reilly Auto Parts on Clay Street. The agents pulled in behind him, called police for backup and held him until officers arrived.

He did not show a gun, Edwards said, but had one hand in a pants pocket and acted like he had a weapon. Gammill left the bank heading eastbound on North Frontage Road in the van.