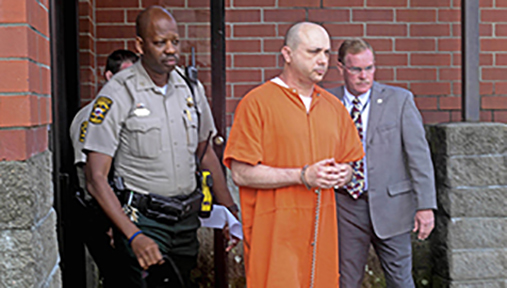 A Methodist minister has been indicted on three counts of statutory rape by the Warren County grand jury.

Piccaluga was arrested in March on the charges by Warren County sheriff’s deputies after an investigation into a complaint about a girl between the age of 14 and 16 having a sexual relationship with an older man. The second victim was discovered during the investigation.

According to sheriff’s office reports, the incidents occurred between January and March.

Piccaluga has been held in the county jail without bond since his arrest.

• Denzell Lee Watts, 22, 1496 Lee S. Davis Circle, Utica, was indicted on a charge of possession of contraband within a jail or correctional facility.

Watts, who was indicted earlier on five counts of aggravated assault-extreme indifference in a Christmas Eve shooting at L.D.’s Lounge, is accused of trying to bring a cell phone into the Warren County Jail.