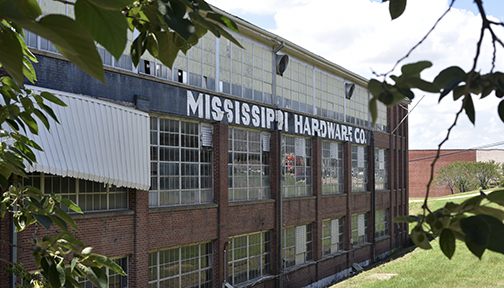 Vicksburg will benefit in a big way from the proceeds of the state’s settlement with British Petroleum, thanks to legislation passed by Mississippi lawmakers on Wednesday.

The legislation, which passed the Mississippi House by a vote of 99 to 10, is on its way to Gov. Phil Bryant’s desk. Bryant is expected to sign the bill, which divvies up nearly $700 million from the oil spill settlement and includes $111 million in earmarked projects — $61 million from oil spill damages and $50 million that lawmakers agreed to borrow earlier in the special session that ended Wednesday.

From those funds, Vicksburg should receive $2.5 million to be used for the high-tech innovation and tech transfer center proposed for location in the Mississippi Hardware Building, said Mayor George Flaggs Jr.

In addition, the city of Vicksburg will receive $1 million to be used for a feasibility study, the first step in a new port facility here, Flaggs said.

“Hats off to our local legislative delegation, who did a great job in voting and working with me and Alex Monsour, who was right by my side, walking the floors of the capitol,” he said. “This speaks volumes about what we can accomplish when we work together.”

Particularly, Flaggs said, state Rep. Kevin Ford put in “a lot of work into securing for Vicksburg the money for the port study. He was the leader in that effort. The entire delegation — Briggs Hopson, Oscar Denton and Kevin — did a great job for Vicksburg and Warren County.”

Pablo Diaz, president and CEO of the Economic Development Partnership, said the legislation is great news.

“On behalf of the Economic Development Partnership, I would like to express our excitement about the outcome of the special legislative session and the funding secured for the Mississippi Center for Innovation & Technology (The Hardware Building Project),” he said. “Our community is being well represented in Jackson by representative Kevin Ford and Senator (Briggs) Hopson, as well as Rep. Oscar Denton and Rep. Deborah Butler Dixon, as demonstrated by the outcome of the special session and the positive impact it will have on our community. We also want to express our utmost appreciation for the hard work put into these projects by Mayor Flaggs and Alderman Monsour, both of whom have been working diligently to help secure this needed funding.”

In addition, the city of Vicksburg will receive about $820,000 from a bill designed to send a share of the taxes collected on Internet sales to cities and counties.

“Now, I want to continue the conversation with the White House and multiply those dollars for Vicksburg, and I’m confident I can do that,” Flaggs said.