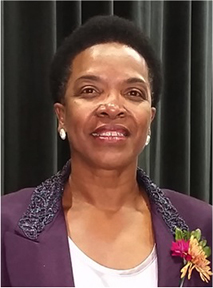 MAKING A DIFFERENCE: Morrow living a life of service to otheres

A friend, a mentor, a servant to the people and the oldest of six children, among numerous other titles, Bobbie Bingham-Morrow has made a strong impact on Vicksburg.

Morrow is dedicated to serving others. This personality filled with servitude developed after mirroring one of her role models.

“If someone was sick in that community the other individuals in the community would help that family. So that’s how I grew up. I don’t know any other way to do it. You know how you watch older people to pattern yourself after them? That’s what I did with my grandfather.”

Despite the resistance from her grandfather, Bingham-Morrow’s family moved to Vicksburg in search of a change but she was still deeply affected by her time in Redlick.

“When we moved to Vicksburg my grandfather was adamantly opposed to us moving,” Bingham-Morrow said.

“So they made an agreement, and that agreement was that every holiday and every summer we, the grandchildren, would spend those times in Redlick and that’s where I learned, not serving the community, but living and being a part of the community and helping the community to grow. “It’s like everyone in that community served, and I don’t understand when people don’t serve or have everyone’s best interest at heart and when you intentionally go out and you deny someone of something that could be helpful to them.”

Today her rearing, unconsciously anchored in serving others, is displayed in her numerous roles around the community. In addition to being a member of the Vicksburg Warren Chapter of the Jackson State University Alumni Association, the president of Vicksburg’s chapter of the NAACP, the chair of the Dr. Martin Luther King Memorial Day Committee, she holds titles in numerous organizations in Vicksburg.

As vice president of the local Toastmasters, she mentors children on public speaking “because your voice is important.

“What you say is important and you need to learn how to do research on what you are talking about so that it’s binded in facts. I am currently the educational vice president in that organization.

She is also a member of the Vicksburg Alumni Chapter of Delta Sigma Theta sorority, serving as its historian.

“Delta Sigma Theta is a viable organization in the community because it helps in so many in the area,” she said. “It helps people in the area of economics, education, international awareness, physical and mental health and political awareness.”

She is also involved in the Mississippi chapter of Blacks in Government and is also the president of the Vicksburg chapter of the NAACP, which recently celebrated 100 years in Vicksburg.

Traveling the path to get to who she is today took much mentoring. Bingham-Morrow looked towards many others for guidance in how to live her life, but one person stood out among them all.

“My inspiration is my mother, because when she and my father separated, my mom did a lot to rear us,” she said. “She taught me as an oldest child so many things. My role was to take care of the children; it was only me and three of my siblings at the time, while she worked. When I became pregnant as a teenager my mother made sure that I finished school. She and I made a pact.

“She said, ‘You promise that you won’t make this mistake again then I’ll do everything that I can to at least get you out of high school.’”

Bingham-Morrow graduated from two colleges and said her mom was her strongest mentor.

Today she uses her own trials in life to motivate and help others.

Crawford Street could be back open by end of the week

Damaged storm drain and sewage lines on Crawford Street could be replaced by the end of the week, public works... read more