Church of the Holy Trinity getting a new rector 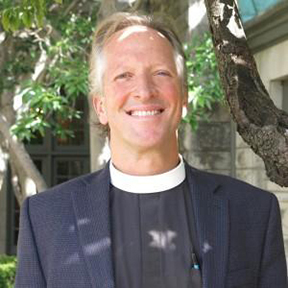 Rev. Andy Andrews will become rector at Church of the Holy Trinity in Vicksburg in mid-February.

Shortly after the Rev. Andy Andrews began work as dean of the cathedral at St. Mary’s Episcopal Cathedral in Memphis, that city’s newspaper ran a story headlined, “Is the Cathedral Dying?”

“Eleven years later, it is thriving, a beacon of light for its parishioners — who have doubled in number — and for the unhoused in the church’s neighborhood,” said Vicksburg’s Ray Hume.

In mid-February, Andrews, a native of Greenville, will become rector at Church of the Holy Trinity in Vicksburg.

After a process that lasted more than seven months, the 10-member search committee from Holy Trinity and Andrews think they are “a match made in heaven,” Hume, a member of the committee, said.

The Holy Trinity search committee met with Andrews in Memphis the second week of November.

“When we went up there and met him, we fell in love with him,” Hume said. “When you talk with Andy, you feel as if he is totally centered. He listened. He was focused. You knew he was catching every word and nuance.”

The match up from the beginning was an unlikely one.

“In Memphis, Andy is the leader of the church that serves as the home church for the West Tennessee diocese of the Episcopal Church. There are two other ordained priests there and 15 staff members. We have three staff members, and Andy will be the sole priest at Holy Trinity,” Hume said.

Andrews’ name was thrown in the hat along with the names of other potential rectors by a couple of Holy Trinity parishioners. That list was forwarded to the Bishop Brian Seage of the Mississippi Episcopal Diocese, who culled that list and produced a shorter list, which was presented to the church’s search committee back in July. Andrews’ name was on it.

“When we saw where he was after 22 years as a priest, we thought to ourselves, we can dream, but surely he isn’t really serious,” Hume said. “The more we talked, the more we learned his interest was genuine.”

He said Andrews work in Memphis involved spending much of his time on administrative matters.

“His love is pastoral care, working with people, getting to know them, helping them grow spiritually and helping with their life decisions. Helping them become the people and individuals that God wants us to be,” Hume said.

“The entire search committee and Andy came to realize we are a match made in heaven. I know that sounds kind of corny.

“I know people get scared or uneasy when people hear you talking about the Holy Spirit. Many think of some kind of out there, other worldly sort of thing. I am here to tell you (during this search process) the Holy Spirit was absolutely floating around us tangibly. If you can touch something that is only there in spirit, we were touching it. It was with us and led us to listen and not just listen to where we were being led, but to listen to each other and to Andy and our hearts and our minds,” Hume said. “If you talk to any of the 10 people on this committee, every one will tell you this has been the most profound religious experience any of us has had. We are changed.”

Mindy Giambrone, a senior warden at Holy Trinity and a member of the search committee agreed.

Giambrone moved to Vicksburg when she was two years old when her father, the Rev. Clifton McInnis, became the 11th rector to serve Holy Trinity. He was also the longest serving, from 1969 to 1992.

“I grew up at Holy Trinity,” Giambrone said. “My dad was rector. My father was my father.”

Giambrone said she is confident Andrews will be the shepherd Holy Trinity needs.

“When you meet him, you know he is just so full of the Holy Spirit. He is genuine, and I think he is going to be a priest for every age, every situation. He’s going to bring not just a puff or wind, but a gust of wind. He’s going to bring energy not only to Holy Trinity but also to all of Vicksburg.”

Giambrone said, after receiving permission from the bishop, she and Hume met at the bell tower at the Church of the Holy Trinity and rang the bell 15 times for Andrews, who will be Holy Trinity’s 15th rector.

“We were so excited. We videoed it and sent it to Andy,” she said. “I am one of those weird people who love change. It has never scared me. It’s just something new. It means life is moving on. I know Andy was that change for our search committee. He is not only going to touch Holy Trinity and the lives of the congregation, but the lives of anyone who will open themselves in the community.”

Andrews said what Holy Trinity in Vicksburg has to offer was very attractive to him and his family.

Andrews and his wife, Anne, originally of Laurel, are the parents of three children, ages 16, 13 and 11.

“These are an engaged group who want to deepen their bonds of affection and want to help met the 21st century needs of Warren County,” Andrews said.

He earned his undergraduate degree from Ole Miss, his master’s in divinity from The Episcopal Seminary of the Southwest in Austin, Texas, and his doctor of ministry from the Episcopal Divinity School of Cambridge, Massachusetts.

He said as a native Mississippian, he is “spiritually and physically tied to that land. I never thought I would be in Vicksburg and I sure am grateful for this opportunity.”

Andrews said St. Mary’s Cathedral in Memphis is a “large, dynamic, exciting place to work. I have been here 11 years and I really feel in my heart that I don’t want to hog this privilege to work in this fine place. This community is ready and I’m ready.

“I honestly feel like my best era of ministry and being a human being are ahead of me and I come humbly and I am at everyone’s service in the name of love.” 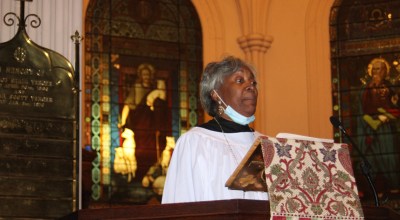 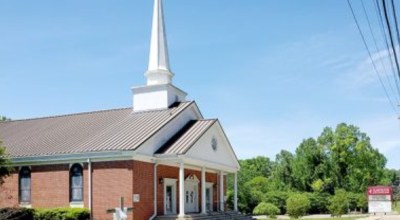 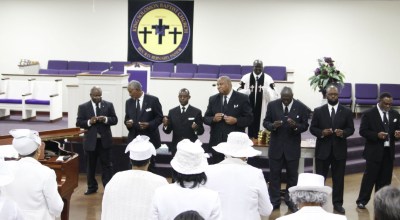 Progress continues on Sports Force Parks on the Mississippi