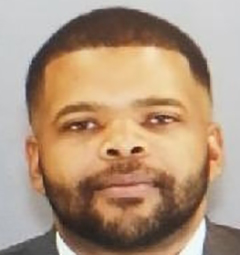 MAKING A DIFFERENCE: Drake strives to be an advocate for people

Vicksburg native Noah Drake grew up in the Warren County and Claiborne County area and overcame many obstacles throughout his life that only made him want to work harder to become an attorney and advocate for those seeking justice.

“As far back as I remember, I could envision myself as an attorney,” Drake said. “It wasn’t really an attorney per se, but it was just being an advocate for people. I’ve always wanted to be an advocate and I always knew that I had to be in a position where I could support people.

“So it’s not just an attorney. I think that term, an attorney, is actually very vague. What is an attorney? But when you’re talking about an advocate, that to me is more specific. You’re advocating for somebody.”

Although he could always see himself as an attorney, the start of his education did not seem to mirror his future. As a grade school student, Drake attended South Park Elementary School and later moved on to A.W. Washington located in Claiborne County.

He continued his educational journey at several universities.

“I went to Alcorn State University where I studied Social Science Education from 2006 to 2010. I tried to find the easiest subject that I could think of outside of P.E.” he said. “Then I went to Mississippi College School of Law and I ended up transferring out to Southern’s School of Law.”

Along with being an advocate for people all of his life, Drake is also an attorney.

“Today I am practicing law,” he said. “I practice in criminal defense and personal injuries pretty much in the entire Central Mississippi area.”

A desire to help others

“I believe that everyone is entitled to some type of defense. Even looking in the Bible, where I get a lot of my inspiration from, you can’t just come up with a witness and say someone is guilty. You have to present your witnesses, they have to be judged, it has to be some type of form or process before you convict a person. I’m just a person who supports the underdog and loves to see people come out on top.”

According to Drake, his love for advocating people came from his grandfather.

“A lot of my inspiration comes from my grandad, Leon Drake,” he said. “He grew up in South Warren County and just what I know of him is he lost his mother at birth, his father wasn’t in his life as much as he would have hoped when he was younger, but they did have a relationship when my grandad grew up and had his own family.

Drake said his grandfather owned several businesses at different stages of his life, but always pushed his children and grandchildren to get an education.

“He worked very hard, but he used to look into the door of education and never had a chance to go in it,” Drake said. “He was hoping that we would go in the door and do everything that we could to make ourselves, from an educational standpoint, successful.”

Though he doesn’t believe that he necessarily molded himself after his grandfather, Drake still believes that he has some of his qualities.

“I think it’s in my blood,” Drake said. “I didn’t choose to be an advocate for people. It was just something that was in me. It was something that I saw in my grandfather and desired to do.”

Currently, Drake is the District Director for the Mississippi Black Lawyers Association, volunteers in expungement programs in Vicksburg and Claiborne County to help citizens get misdemeanors taken off of their records, and volunteers with the Moor Court program in which high school debate teams participate in mock trials.

Drake prides himself in working hard and attempts to push others to do the same.

“Just work hard,” he said. “Work your butt off basically. Don’t take no as an answer. You can’t have the mentality that you can’t do something. You’re either going to do the thing or you’re not going to do it. There’s no gray area in the real world.”