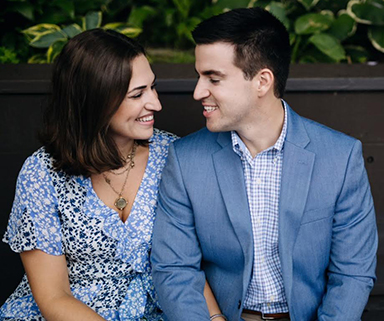 Fordice and Payne to wed Feb. 23

Miss Fordice is a 2009 graduate of Saint Aloysius High School in Vicksburg and a 2013 graduate of The University of Mississippi where she earned a bachelor’s degree in marketing communications with an emphasis in public relations. She was a member of the Chi Omega Fraternity and was presented by the 2010 Debutante Club of Mississippi.

Miss Fordice is employed as a contract administrator and marketing coordinator for Century Construction Group in Ridgeland.

Mr. Payne is a 2007 graduate of Jackson Academy and a 2012 graduate of Mississippi State University where he earned a bachelor’s degree in Business Administration with a concentration in Management of Construction and Land Development as well as Insurance, Risk Management and Financial Planning. While at Mississippi State, he was a member of Sigma Alpha Epsilon Fraternity.

In 2018, Mr. Payne received his Certified Commercial Investment Member designation and served as President of the Mississippi Commercial Association of Realtors.

He is employed as a Broker Associate with Payne Realty in Madison.

The couple will exchange vows Feb. 23, 2019, at Crawford Street United Methodist Church and a reception will follow at the B’nai B’rith Literary Association in Vicksburg.

My favorite words in the English language …

… are OXFORD ENGLISH DICTIONARY, the unabridged, iconic 13-volume (mine) Dictionary of the English Language which has all the rest... read more