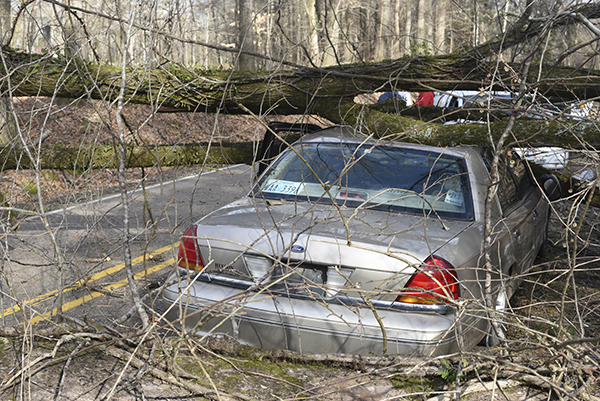 High winds are believed to be the cause of a large tree toppling over onto a vehicle Thursday afternoon, partially closing Jeff Davis Road just off U.S. 61 South in Warren County.

Fortunately, no one in the vehicle is believed to have been seriously injured, but the large oak falling into the roadway caused traffic to be diverted in the area.

There have been several reports throughout Thursday of trees in roadways, believed to be caused by gusty wind conditions.

Heiman Cohn is a World War II veteran who served under generals Patton, Collins and Eisenhower. He was involved in... read more