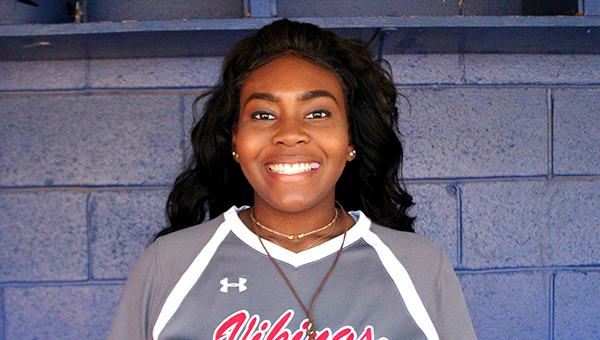 The offensive production for Warren Central’s softball team has been feast or famine this season. On Saturday, it was a little of both.

The Lady Vikes collected 10 hits and scored in every inning as they beat host Brookhaven 18-13 in their first game at the Brookhaven tournament.

In the second game, the Lady Vikes only scored one run in the first six innings and lost 4-3 to Lawrence County.

In four wins this season, Warren Central has scored 80 runs and at least 18 in every game. In its seven losses it has scored a total of 14 runs and been shut out twice.
The game with Brookhaven was a productive one. Kelsey Lockridge went 2-for-3 with a triple, six RBIs and two runs scored as the Lady Vikes rolled to the victory.

Despite hitting well, the Lady Vikes trailed 12-10 after three innings. They then scored seven times in the top of the fourth to take the lead for good.

Sarah Cameron Fancher and Kayleigh Beard each had an RBI single in the fourth inning, and Lockridge plated three runs with her triple that made it 17-12.

Eight of Warren Central’s nine starters finished with at least one hit. Laura Regan Logue and Lockridge were the only ones with two.

The hitting surge petered out in game two for the Lady Vikes. They managed only six hits against Lawrence County — Lockridge and Makayla Jackson had two each — and fell behind 4-0 in the first inning.

The Lady Vikes got a run back in the fourth and cut it to 4-3 in the seventh on a two-run double by Beard, but couldn’t complete the comeback.

Warren Central pitcher Bri Daughtry settled in after a shaky start. Only one of the four runs allowed in the first inning was earned, but she didn’t give up any after that. She didn’t walk a batter and finished with five strikeouts.

After a shaky start to its spring break trip, Warren Central had a wonderful time. Caleb Sterling hit a two-run... read more