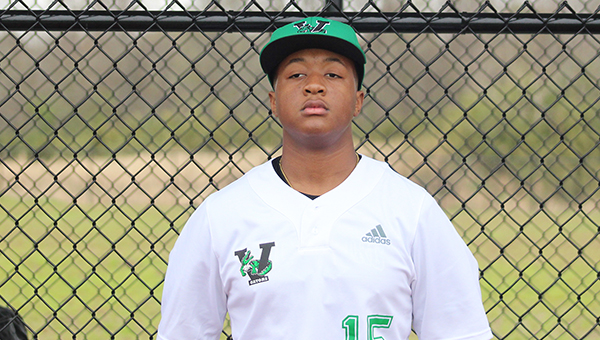 Vicksburg High’s Dylan Whitfield went 3-for-4 with three RBIs and two runs scored in a 19-3 win over Callaway on Tuesday.

It hasn’t been the easiest or best season for Vicksburg High’s baseball team, but it will at least last a little longer.

Kendrick Bershell and Dylan Whitfield each drove in three runs, Terrance Johnson scored four times, and the Gators scored in every inning as they crushed Callaway 19-3 on Tuesday.

With the win, the Gators (7-11, 2-6 Region 4-5A) clinched the third and final playoff spot from Region 4-5A. They’ll play the second-place team from Region 2-5A — either Saltillo or Lafayette — in a best-of-three series beginning April 18.

Vicksburg had lost four in a row before Tuesday’s game and was outscored 39-4 in its last three. Hapless Callaway, as usual, was a cure for those woes.

The Gators jumped on the Chargers for three runs in the top of the first inning, four more in the second to go up 7-0, and padded the lead in every inning. They finished with 12 hits and also took advantage of eight walks and five errors by Callaway.

Four VHS pitchers combined to allow one hit while striking out 10 batters. Taylon Smith was the most effective of the bunch. He threw three scoreless innings, walked one batter, did not allow a hit and struck out seven.

Vicksburg native Anita Parrot George was named an honorary canon to the Cathedral Church of St. Andrew in Jackson during... read more