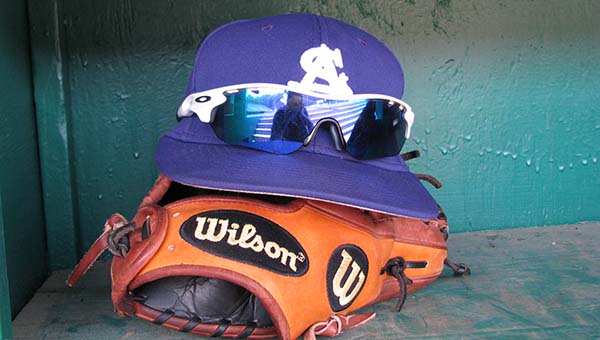 St. Aloysius needed to not only win Friday to keep its baseball season alive, but to beat Central Hinds by at least three runs.

It didn’t even score one.

Central Hinds scored two runs in the second inning, and pitcher Hunter Williams sidestepped a number of jams as the Cougars shut out the Flashes 2-0.

St. Al (11-8, 6-4 District 3-AAA) finished its season by losing five of its last six games, including four against Riverfield and Central Hinds by a total of seven runs. In just 10 days, the Flashes went from first place in the district to out of the playoffs.

Central Hinds won the first meeting between the teams, 6-3 on Tuesday in Vicksburg. Run differential is the first head-to-head playoff tiebreaker, so St. Al needed to win by at least three runs in Friday’s rematch to even things out.

The Flashes had nine hits and runners on in every inning after the first, but couldn’t push a run across the plate.

Thomas Trichell was thrown out while trying to score from second on a base hit in the second inning and they left two runners on in the seventh. They stranded nine runners in all.

Haden Luke had two hits for St. Al, and seven players had one each.

The offensive struggles negated a strong pitching performance by Lane Hubbard and Tyler Breithaupt. The two combined to allow two hits, two walks and one earned run, and had five strikeouts in six innings. Hubbard started and pitched the first two innings, then Breithaupt worked the last four in relief.

Two singles by Collin Hautle and Ranson Oakes, a dropped third strike and an error on a potential inning-ending ground ball led to Central Hinds’ runs in the bottom of the second inning.

Williams pitched a complete game for Central Hinds. Despite allowing nine hits, he only walked one batter and struck out three. Trichell, who technically reached third base when he was thrown out at the plate, was the only St. Al runner to get past second base.