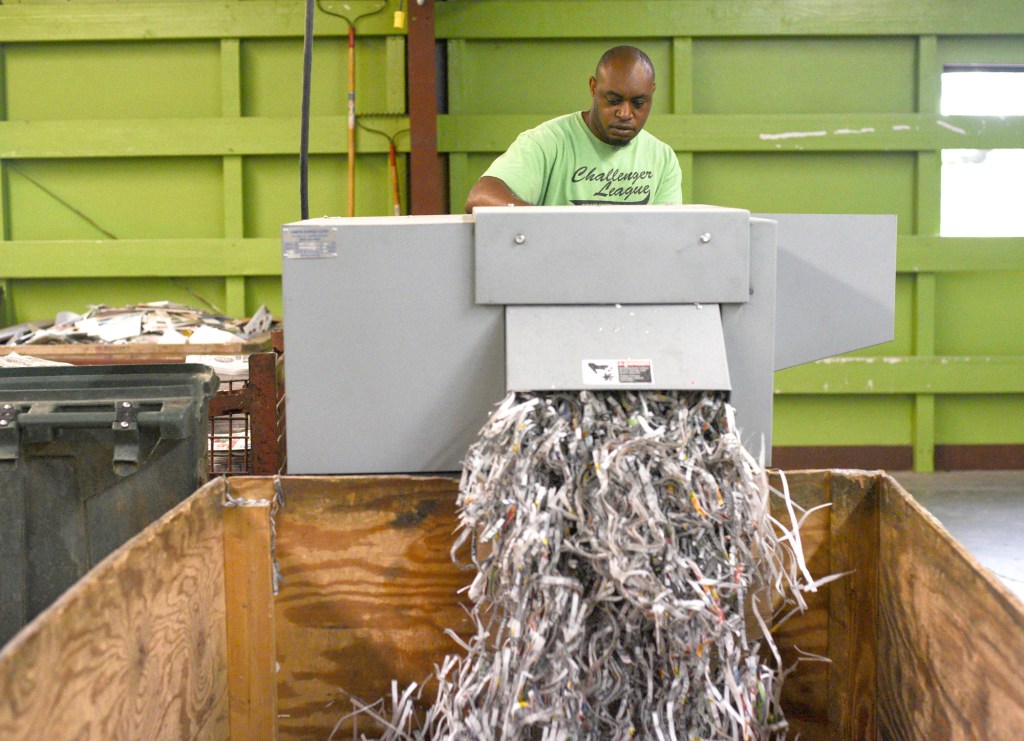 Disposing of old documents with sensitive information could actually be good for the Earth.

That is if one decides to shred and recycle.

And at Midd-West Industries, Kearny Waites said, they do both.

“We have two industrial shredders and can handle a job of virtually any size,” Waites said, adding, “The biggest job we have ever done was almost 600 banker boxes full of records.”

Waites, who is the program director of Midd-West, said after the paper has been shredded, it is then baled and sent off to whoever can give them the best price.

“And we shred at a considerable savings over what people are accustomed,” Waites said.

The cost of shredding at Midd-West, Waites said, is based on weight.

“The material to be shredded is weighed and then the customer is given an invoice and a fee is collected,” he said.

“And then we turn it into confetti.”

Midd-West offers services to both professional and private customers, Waites said. And while most people bring in the material they want to dispose of, pick up is available.

Also, Waites said there is an added charge for paper that is brought in stored in folders with plastic or metal, because the staff would then have to separate it all out.

“We will have to take all that stuff apart,” he said.

“When we shred, we have to guarantee the purity of it for our end users.”

Midd-West is located at 100 Smokey Lane, off Rifle Range Road, and Waites said, customers are allowed to stay on-site, if they choose to watch their documents shredded.

“And many customers do,” he said.

For those interested in having papers shredded, Waites said to call 601-638-2761 and ask for Dianne Semien or Ruby Reed.

These women can assist in scheduling a time for a customer to bring in their papers that need to be shredded, he said.

It also has the custodial contract with ERDC and operates two federal mail rooms.