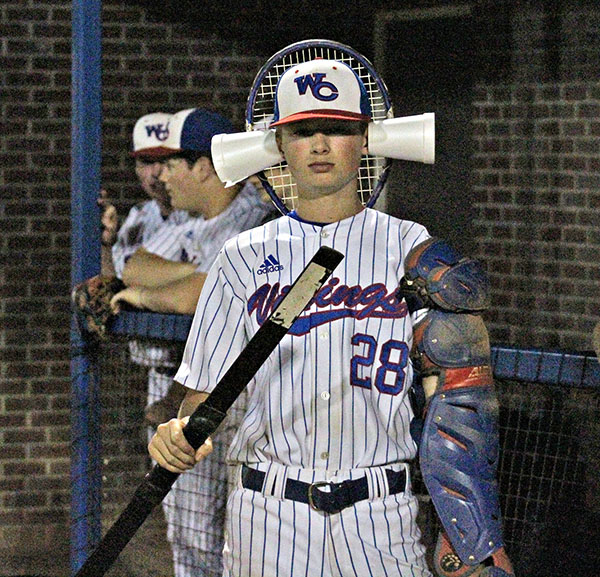 VWSD Hall of Fame
Nominations are now being accepted for the Vicksburg Warren School District Athletic Hall of Fame’s Class of 2019. Nomination forms are available at the VWSD athletic office on Mission 66 or by emailing athletic director Preston Nailor at pnailor@vwsd.org. The deadline for nominations is June 1.

The Hall of Fame is for all athletes, coaches and administrators who have distinguished themselves in their sports while a student or contributor at Vicksburg or Warren Central High Schools. Candidates must also meet the following requirements: Athletes must be 15 years past their graduation date and have participated in sports at one of the two VWSD high schools for at least two years; coaches must be five years removed from their last position, and have coached for at least 10 years in their sport and five years in the VWSD; and administrators must have made significant contributions to VWSD athletics and be five years removed from their last position.

The Class of 2019 will be inducted in a ceremony in August.

Adult softball
Registration for the City of Vicksburg’s adult softball leagues will continue until May 3. Registration packets can be picked up at the the Parks and Recreation office, 100 Army Navy Drive, from 8 a.m. to 5 p.m. Monday through Friday. The cost is $175 per team, plus $10 for each non-city resident of Warren County and $20 for each resident of Sharkey, Issaquena, Claiborne and Hinds counties.

A mandatory coaches meeting will be held on April 24 at 6:30 p.m. at the Parks and Rec office. All teams must have a representative at this meeting.

The Parks and Recreation Department is also seeking baseball and softball umpires for the upcoming adult and youth softball and baseball seasons. Anyone interested in umpiring games can pick up application forms at the Parks and Rec offices at 100 Army Navy Drive. For more information, call Parks and Rec director Joseph Graves at 601-831-8050.

WC soccer tryouts
Tryouts for Warren Central’s girls and boys soccer teams will be held in late April and early May at the school’s practice field along Mississippi 27.

MSHOF golf tournament
First Commercial Bank and the Mississippi Sports Hall of Fame will host the Annual Celebrity Golf Tournament at Annandale Golf Club on Monday, May 6. Each team is paired with a Mississippi sports legend, college administrator, coach or former professional athlete for a round of golf.

The tournament begins with a breakfast buffet and registration at 9 a.m. and a shotgun start at 11. Food, beverages and door prizes are available throughout the day.

The entry fee is $260 per player, which includes tickets to the Hall of Fame’s Meet the Inductees and drawdown events Aug. 2-3 in Jackson. Team and corporate sponsorships are also available. All proceeds benefit the Mississippi Sports Hall of Fame and Museum.

For more information, please contact Bill Blackwell at 60-982-8264 or bblackwell@msfame.com

The tournament benefits the EMCC football program through the EMCC Development Foundation. The cost of the four-person scramble is $250 per team, which includes green and cart fees, driving range access, sandwiches, T-shirt and a team photograph. A shotgun start is scheduled for 1 p.m.

Prizes during EMCC’s football fundraiser will be awarded for hole-in-one shots as well as for the longest drive and closest to the pin.

For additional information on the EMCC Football Golf Classic, contact assistant football coach Cade Wilkerson at 662-416-3640 or email at dwilkerson@eastms.edu. A tournament brochure is also available online at EMCCathletics.com