UPDATE: One arrested, another at large following weekend shooting 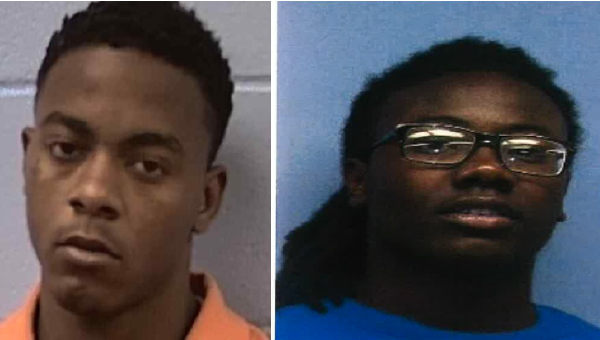 Darion Turner, 18, and Tony Dewayne Smooth Jr., 20, are connected to a drive-by shooting Friday evening on Halls Ferry Road. Turner was taken into custody Monday by law enforcement, while Smoot remains at large. If anyone has information on the whereabouts of Smoots, please call crime stoppers at 601-355-T.I.P.S. (8477).

One person has been arrested, and a second remains at large in the Friday night shooting of an 18-year-old at JP&K Foods Convenience Store, 2607 Halls Ferry Road.

Vicksburg Police Lt. Johnnie Edwards said Darion Turner, 18, was arrested Monday at his home at 1314 South St. He faces a charge of aggravated assault in the shooting of Jamario Hawkins, 18, Friday night.

Turner was out on bond after being indicted in August 2017 for aggravated assault involving a February 2017 incident in which he reportedly shot Hawkins in the ankle. Turner was 15 at the time and charged as an adult. Hawkins was 16.

According to police reports, officers responding about 10:09 p.m. Friday to a call of a shooting at the store arrived to find Hawkins with a gunshot wound to the chest.

Hawkins first told police he was walking in the area of Bowmar Avenue and Halls Ferry Road when a gray Dodge Charger passed and gunshots came from the vehicle and struck him in the chest. He also told police he had gotten in an argument with some guys earlier in the night but didn’t think they would come back for him.

Witnesses told police the argument between Hawkins and Turner became physical. Turner and Smoots reportedly returned to the Dodge Charger and sped off and several gunshots were fired from the vehicle. Hawkins was transported to Merit Health River Region, where he was listed in stable condition.

The store was ordered closed by Mayor George Flaggs Jr. over the weekend, but after meeting with the owners Monday morning, they were allowed to reopen.