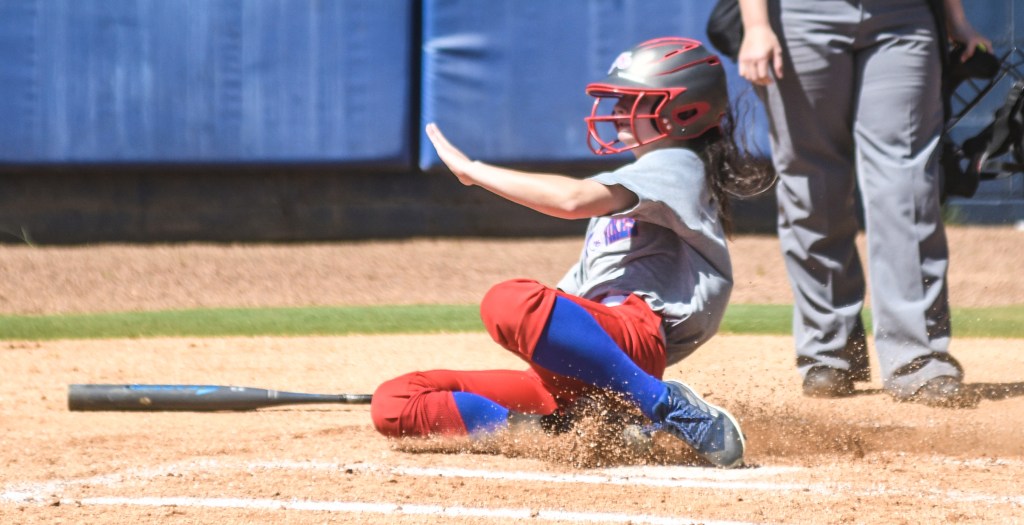 OXFORD — It didn’t take long for Warren Central to pick up where it left off in its softball playoff series with Oxford.

Logan Hardin went 2-for-4 with two RBIs and two runs scored, Laura Reagan Logue drove in three runs, and the Lady Vikes beat Oxford 13-3 on Monday to finish a two-game sweep in the first round of the Class 6A playoffs.

Warren Central (11-15) advanced to play defending Class 6A champion DeSoto Central in the second round. Game 1 of that best-of-three series is Tuesday at 5 p.m. at Warren Central. Game 2 and, if necessary, Game 3 will be at DeSoto Central on Wednesday beginning at 5 p.m.

“We’ve had a rough season. It’s been a struggle of ups and downs. So to play two playoff games, score 13 runs in both games, it’s a big motivation lifter for us,” Warren Central coach Dana McGivney said. “To score 26 runs in two games is a big confidence booster.”

After their assertive 13-3 win in Game 1, the Lady Vikes handed it to the home Chargers (5-13) in the first inning of Game 2. Getting off to a 4-0 lead after the top of the first, Warren Central never took its foot off the gas pedal.

A tick-tacky fourth inning consisting of six singles, a double and an intentional walk, all with two outs, led to an eight-run rally for Warren Central that put the game out of hand.

The Lady Vikes chased Oxford starting pitcher M.J. Jones in the fourth inning, but not before the damage was done. Warren Central tacked 10 runs on reliever Akiyah Buford before adding an additional two on her replacement in the inning. By the time the half-inning was over, Warren Central held a commanding 12-1 lead.

After scoring one run in the second inning on an error, Oxford did the rest of its damage in the bottom of the fourth. Addie Shorter, a seventh grader, took the Warren Central starter deep to left center field for a two-run home run, cutting the lead to 12-3. The Lady Vikes needed just one more run in the fifth to get the run rule victory. The 13th run scored when Kallie Page was hit by a pitch with the bases loaded.

There’s no real way to prepare for a powerhouse like DeSoto Central in the second round of the playoffs. McGivney said she told the team just to be themselves, not to stray from what got them out of the first round.

“I told them we’re just going to take every game as a new day. It’s not about who we’re playing — it’s about us playing our best softball,” McGivney said. “Hopefully we’ll come out ready to play.”

For Oxford, the loss ends a tumultuous season full of ups and downs. Getting playoff reps for a team playing, and starting, a handful of middle schoolers is huge. But head coach Tabitha Beard was still disappointed with the early exit.

“I think in a few years this series will pay off big. This is one of those years where it hurt a little bit,” Beard said. “I still feel like at the end of the day, and you might not believe it, that we’re better than Warren Central. But we didn’t show up. We didn’t play and we didn’t hit. We’ve been flat the last two days.”